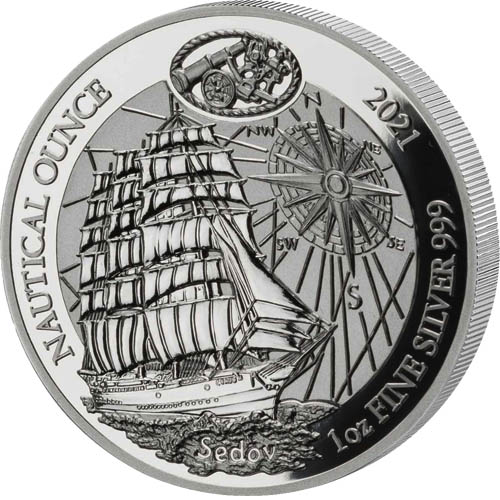 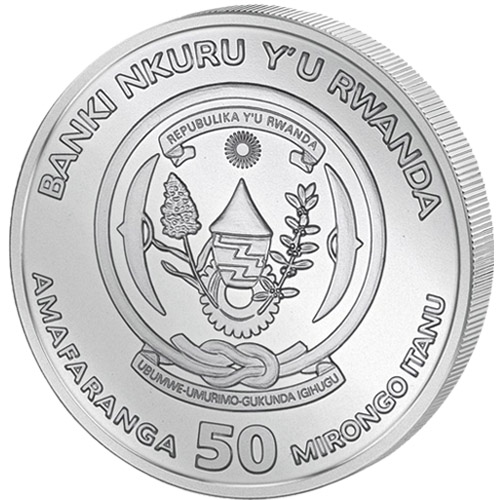 Few ships carry the respect and prestige of the STS Sedov. Originally named Magdalene Vinnen II, this four-masted steel barque is one of the definitive sailing vessels of the 20th century. While she initially was exclusively a cargo ship, she later transitioned into a training ship for cadets. The Sedov remains one of the largest sailing ships ever built. Now, 2021 1 oz Proof Rwandan Silver Sedov Nautical Ounce Coins are available to you for purchase online from JM Bullion.

The story of the STS Sedov began in Kiel, Germany. Originally named Magdalene Vinnen II, this steel barque launched at the Friedrich Krupp Germaniawerft in 1921 and quickly gained a reputation as one of the fastest cargo ships at sea. However, after fifteen years of moving wheat, coal, and other goods around the globe, this magnificent vessel was sold to Norddeutscher Lloyd and given the name Kommodore Johnsen. She transitioned into a hybrid cargo and training ship until, in 1945, she was handed over to the Russian government as a World War II reparation. She was renamed STS Sedov and remains in use there to this day.

The obverse of 2021 1 oz Proof Rwandan Sedov Nautical Ounce Coins features the STS Sedov. This beautiful depiction also includes a detailed compass and other nautical equipment around the rim. There are also along the border the words Sedov, Nautical Ounce, 1 oz Fine Silver .999, 2021.

On the reverse field of the 2021 1 oz Proof Silver Sedov Nautical Ounce Coin is the official Rwandan seal. This emblem features a rope tied in a knot, inside of which are two Rwandan shields. Between the shields are a traditional woven basket, a coffee branch, and a sorghum stem. They sit atop a cog and above them is an image of the sun.

These 2021 Rwandan Silver Sedov Nautical Ounce Coins are proof specimens, which gives them frosted devices and mirrored fields. They are delivered to you protected in plastic capsules and include a Certificate of Authenticity.

JM Bullion customer service is available to assist you at 800-276-6508. We are also available online through our live chat and email address features if you have questions when buying silver.