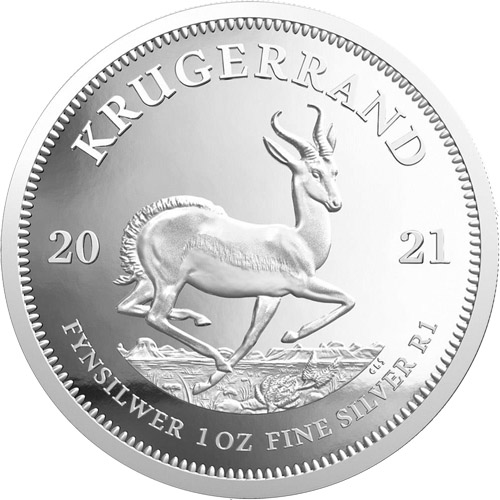 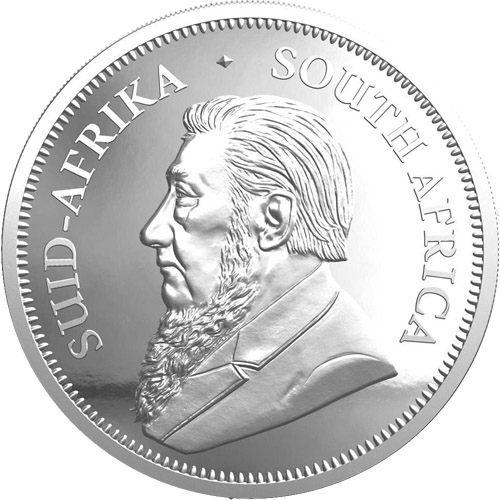 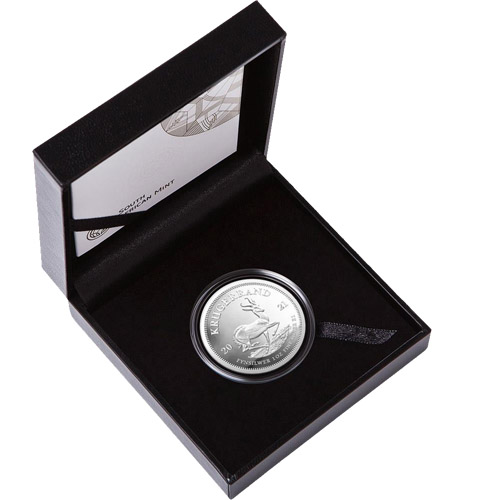 However, throughout the first 50 years of its history, the South African Krugerrand lacked something that its predecessors at other sovereign mints had introduced decades earlier: silver bullion coins. In 2017, to mark the 50th anniversary, the South African Mint introduced its first-ever silver and platinum coins. Though the platinum coins have not enjoyed the same demand, the Silver Krugerrand has proven incredibly popular with buyers.

Paul Kruger features in the obverse design element of 2021 1 oz Proof South African Silver Krugerrand Coins. The left-profile portrait of Kruger featured here dates back to the final decade of the 19th century when South African Pound coins were issued by the new republic. The design currently in use on the coins comes from Otto Schultz and was updated in 1984.

A Springbok antelope, the national animal of the Republic of South Africa, is featured in the reverse design of 2021 Proof South African Silver Krugerrands. The Springbok is common to the nations that are spread across the southern tip of the African continent, but is most prominent within the borders of South Africa. Like the obverse design, this image was used over the last century, but was most recently updated in 1984 for the series. In this case, Coert Steynberg completed the update of the coin design.

2021 1 oz Proof South African Silver Krugerrands are available here inside of black presentation boxes and come with a Certificate of Authenticity from the South African Mint. The coins have frosted designs and mirrored fields.

JM Bullion customer service is available at 800-276-6508 to answer your questions. Our team is also available online through our live chat and email address features.