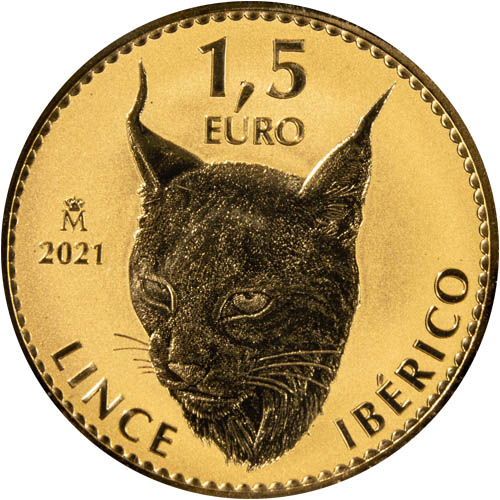 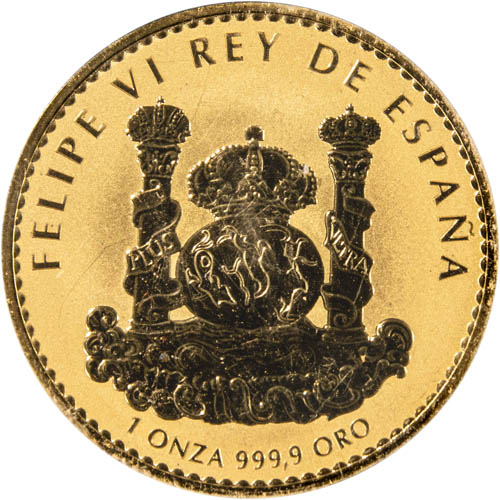 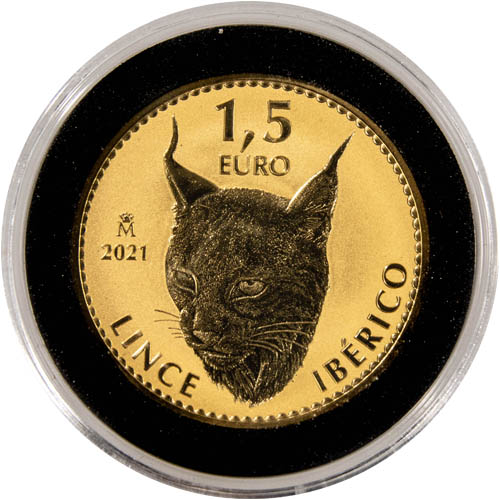 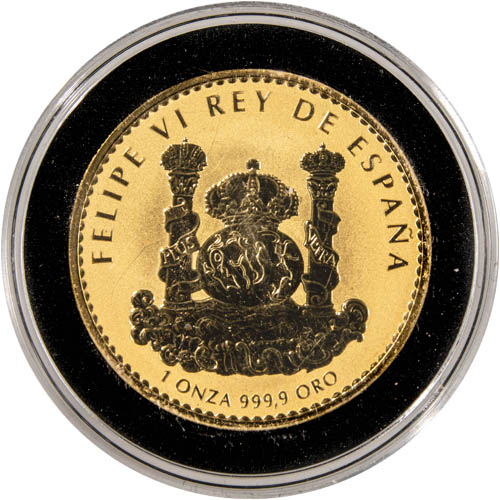 Spain has entered the gold bullion market in 2021 with this exclusive new coin release. The Royal Spanish Mint honors the current regency in Spain, as well as the Iberian lynx, on this special coin design. Collectors and investors everywhere will find this coin to be a favorite, especially with the beautiful imagery featured on both the coin’s obverse and reverse. The 2021 1 oz Reverse Proof Royal Spanish Mint Iberian Lynx Gold Coin is now available for purchase online from JM Bullion.

The 2021 1 oz Reverse Proof Royal Spanish Mint Iberian Lynx Gold Coin has been initially issued with a mintage of 12,000 coins. This bullion product has been minted in 99.9% fine gold and bears a face value of 1.5 euros, which is considered relatively low compared to many other gold bullion products. This does not take away from the value of this special coin release, however. When ordering from this listing, each coin will ship directly to your door in a protective plastic capsule along with a presentation box and a Certificate of Authenticity.

In the past, Spain has been a top nation for producing a variety of numismatic treasure. Silver bullion products began to be released as early as 1497 among various colonies in the New World. Gold escudos (dollars) were eventually minted in 1535 and were considered the primary international currency until 1833. The country has now joined the list with many other nations around the world that are currently issuing gold bullion coins.

The obverse of the 2021 1 oz Reverse Proof Royal Spanish Mint Iberian Lynx Gold Coin shows the famous imagery of the Pillars of Hercules. This design has been taken from other coin releases in the past and represents two hemispheres meeting as two globes are crowned over the sea. If the viewer examines the design closely, you will see the engraving “PLVS VLTRA” appearing on mounted ribbons on each pillar. The obverse also identifies the current monarch of Spain, Felipe VI, as well as the coin’s weight and purity.

On the reverse of the 2021 1 oz Reverse Proof Royal Spanish Mint Iberian Lynx Gold Coin is the image of an Iberian lynx. We see the lynx from the front, as its intense eyes are faced toward the distance. The reverse also shows the coin’s value, year of release, and country of origin.

When purchasing from JM Bullion, please reach out to our team if you have any questions about 1 oz gold coins. We can be contacted by phone at 800-276-6508 or by our online live chat and email features.