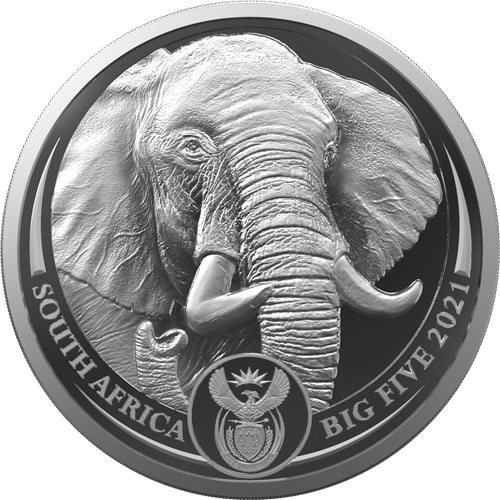 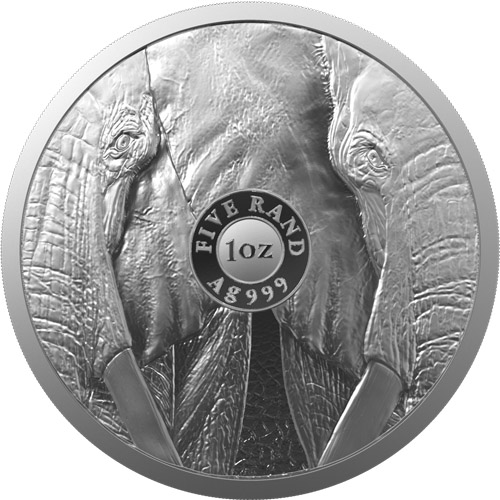 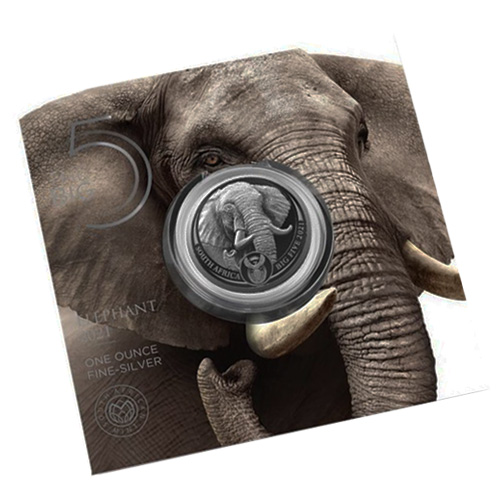 In 2019, the South African Mint introduced its Big Five Series. The release of these five 1 oz silver coins honored the largest and most prominent animal species native to the African continent. The series is restarting in 2021 with the Big Five Series II collection. All of the same animals will feature, in the same order, but with new designs. Right now, 2021 1 oz South African Big Five Series II Elephant Silver Coins are available to purchase online from JM Bullion.

Each 2021 1 oz South African Big Five Series II Elephant Silver Coin is available in Brilliant Uncirculated condition. The coins are individually packaged in themed cards with realistic artwork capturing the image of the African bush elephant. The print on the card identifies the series, date, weight, purity, and metal content, and the animal featured in this release. The seal of the South African Mint features on the card as well.

The first Big Five Series featured images of the African elephant, Lion, Rhino, Leopard, and Buffalo. Each coin had its own obverse design element, with matching mintages and packaging for each coin release across the series. Given its popularity, the series returns again in 2021 with new obverse designs.

The obverse field of the 2021 South African Big Five Series II Elephant Silver Coin comes with a new depiction of the bush elephant. The largest living mammal in the world today, the African bush elephant dominates the landscape of Africa as the largest and heaviest mammal on the continent. Its massive size and sharp tusks are its primary means of defense against any natural predators that may attack it.

On the reverse of 2021 1 oz South African Big Five Series II Elephant Silver Coins is a depiction of two elephants. The design is focused on the heads of the two beasts, with the two heads right next to one another.

If you have any questions, please dont hesitate to ask. JM Bullion customer service is available at 800-276-6508, online using our live chat, and via our email address.