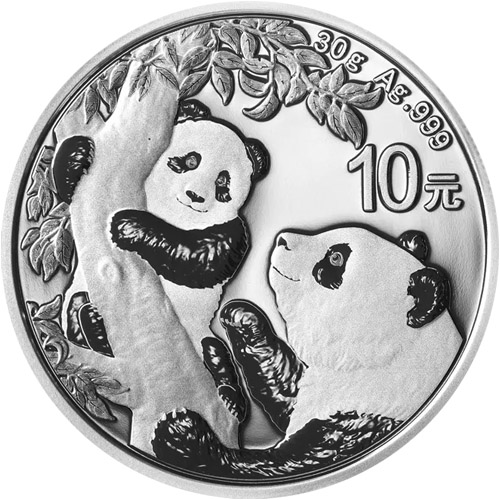 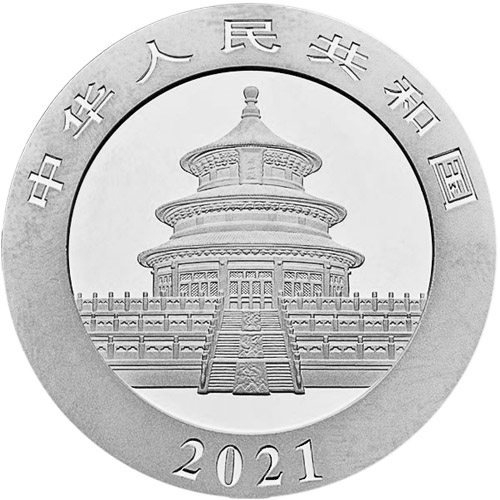 As low as $13.87 per coin over spot!
Add to WishlistLog In to add this product to your Wishlist
Free Shipping on $199+ Orders

Among the worlds most popular silver coins for sale, the Chinese Silver Panda is an annual bullion release that excites investors and collectors alike with its use of new Giant Panda imagery on the obverse field each year. Available annually as of 1989 in a BU version, the Silver Panda has only once repeated a design in its three-plus decades in production. Now, 2021 30 Gram Chinese Silver Panda Coins are available to you for purchase online from JM Bullion.

The only time in the history of the Chinese Silver Panda Series that the Chinese Mint has repeated a design came in 2002. In that year, the Chinese Mint recycled the 2001 design for the obverse of the coins. After more than a decade of producing new images each year, numismatists were upset at the repeat design. Given the backlash, the Chinese Mint quickly reversed course and debuted a fresh design in 2003, never repeating a design again in the time since.

2021 Chinese Silver Pandas are unique among recent releases with an announced mintage cap. Most years see the Chinese Mint issue the coins to meet demand from investors or go without an announced mintage cap. The COVID-19 pandemic has, however, put a pinch on minting capacity at mints around the globe and the use of a maximum mintage could be a result of both the intense demand for silver and the difficulty in meeting that demand. Whatever the case, only 10 million coins will be produced for 2021.

On the obverse of the 2021 30 Gram Chinese Silver Panda is a depiction of a mother panda with her young cub. As the young cub climbs the trunk of a tree, the mother can be seen from the torso up as she leans her front paws against the tree trunk while reaching up toward the cub.

The reverse field of 2021 Chinese Silver Panda Coins comes with the longstanding image of the Hall of Prayer for Abundant Harvests. This image has featured on Silver Pandas since the debut of predecessor coins to the BU series back in 1983.

These 2021 30 Gram Chinese Silver Panda Coins are available to you for purchase in Brilliant Uncirculated condition. The coins are packaged individually inside plastic capsules. Multiples of 15 come in a try from the mint, with multiples of 450 inside Monster Boxes.

JM Bullion customer service is happy to assist you on the phone at 800-276-6508. We are also available to you online through our live chat and email address features.

Laura J from - April 01, 2021
"Very nice luster and detailing. Have previously purchased a colorized one as well. I very rarely do that. "