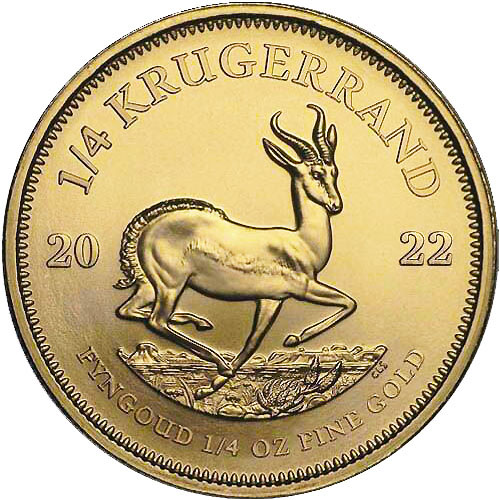 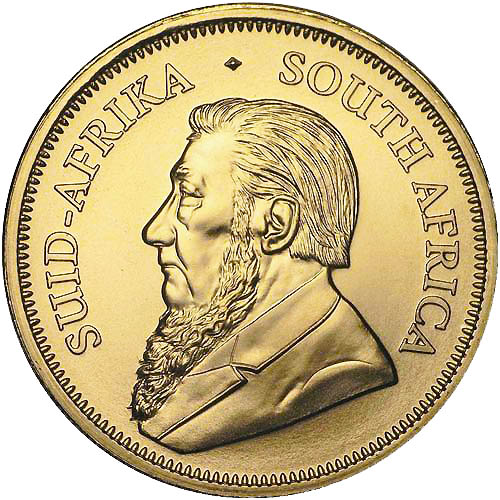 As low as $150.99 per coin over spot!
Add to WishlistLog In to add this product to your Wishlist
Free Shipping on $199+ Orders

South African Gold Krugerrand Coins are some of just a handful of gold bullion coins available to investors today that have legal tender status in the nation of issue, but no assigned face values. Dating back to the debut of the series in 1967, the Krugerrands have lacked a face value in Rands, the official fiat currency of the Republic of South Africa.

Other coins that have a similar status include the coins of the Mexican Libertad Series and Gold Sovereigns from the Royal Mint of England. Curiously, the South African Silver Krugerrand that was introduced in 2017 does have a face value in Rand and that value is even noted on the coins.

Paul Kruger is depicted in the obverse design of 2022 1/4 oz South African Gold Krugerrands. This effigy of Kruger was created in 1892 by Otto Schultz and has graced the obverse of these coins since 1967 when the series started. This left-profile portrait first appeared on the gold coins of the South African Pound used by the former South African Republic.

These 2022 1/4 oz South African Gold Krugerrand Coins are available to purchase in Brilliant Uncirculated condition. The 1/4 oz coins in this series are available individually in protective flips or by multiples of 50 in acrylic tubes.

JM Bullion customer service is available at 800-276-6508. Alternatively, you can chat with us live online or email us directly.