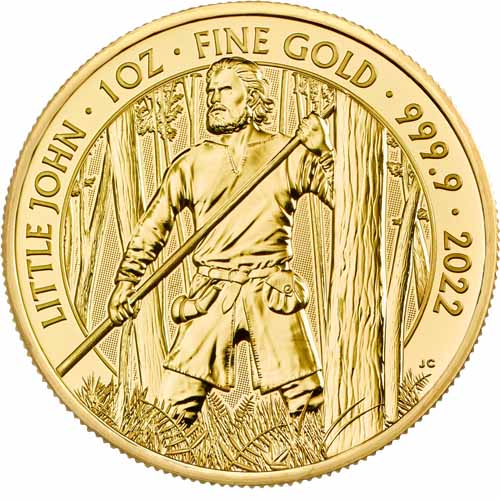 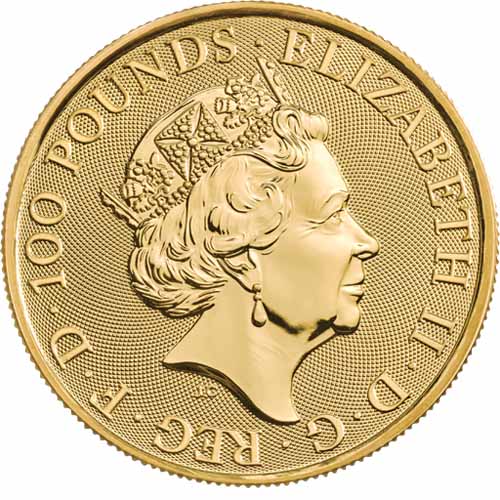 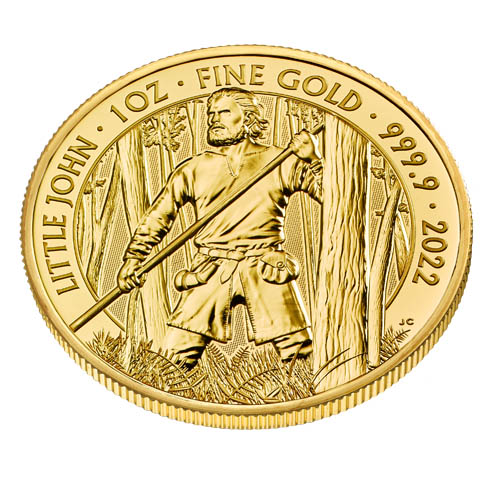 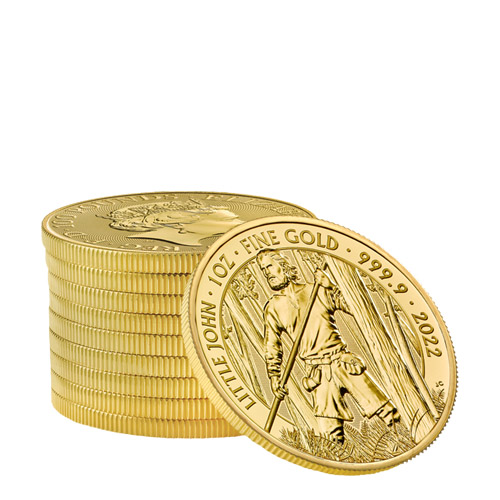 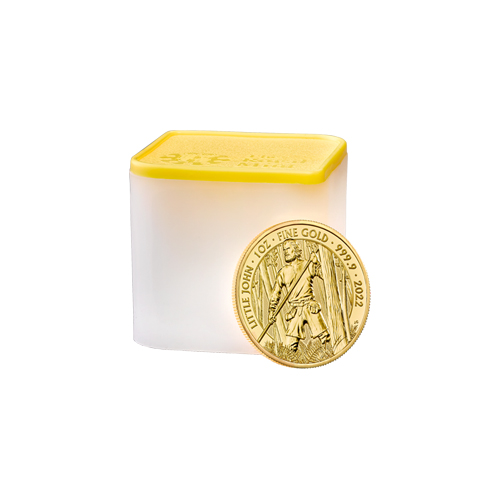 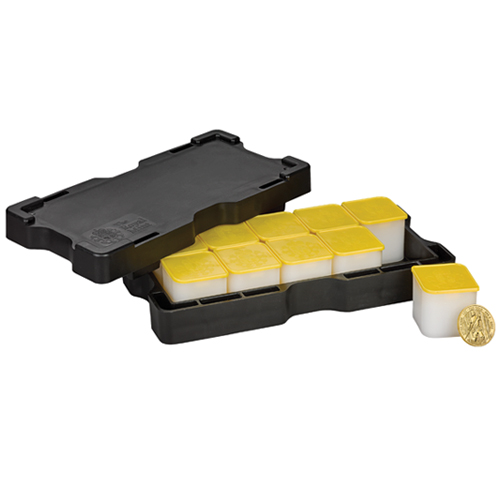 As low as $81.99 per coin over spot!
Add to WishlistLog In to add this product to your Wishlist
Free Shipping on $199+ Orders

The Myths and Legends Series at the Royal Mint continues in 2022 with one of the oldest figures from the tale of Robin Hood depicted in a new reverse design. While Robin Hood garners all the attention, his band of Merry Men in Sherwood Forest consists of more than just nameless, faceless individuals. Little John is his second-in-command and is one of the oldest figures in the tale. Now, 2022 1 oz British Gold Little John Coins are available to you for purchase online at JM Bullion.

The tale of Robin Hood is almost as old as the monarchy in England itself. One of the first known mentions of Robin Hood comes from 1266 and is written in Latin in the Scotichronicon. Here, there is a reference to a famous murderer, Robin Hood, as well as Little John.

Little John also appears alongside Robin Hood in the earliest known ballads and stories that tell of a band of Merry Men, or bandits, living in Sherwood Forest and fighting back against the tyranny of Prince John. Little Johns name is an ironic reference to his gigantic frame, with legends suggesting he stood 7 feet tall.

The obverse of the 2022 British Gold Little John Coin comes with a portrait of Queen Elizabeth II. Her Majesty is featured here in right-profile relief wearing the George IV State Diadem Crown. The Queens effigy is set against a background field with a guilloche texture. This portrait was created in 2015 by Jody Clark.

On the reverse side of 2022 1 oz Gold Little John Coins is an effigy of Little John. A cunning, skillful warrior, Little John is frequently referenced as being fiercely loyal to Robin Hood and serves as his second-in-command. In this design, he is shown standing at the ready with his quarterstaff in his hands ready for the fight.