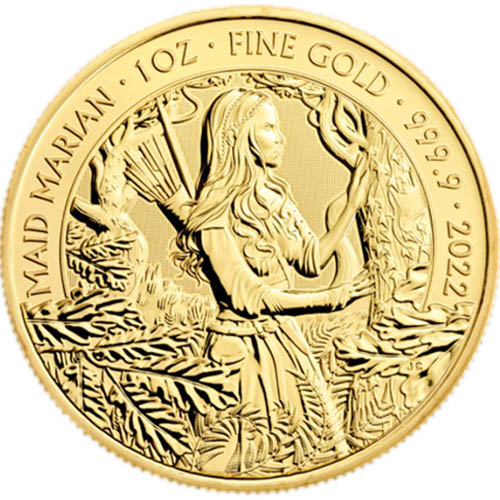 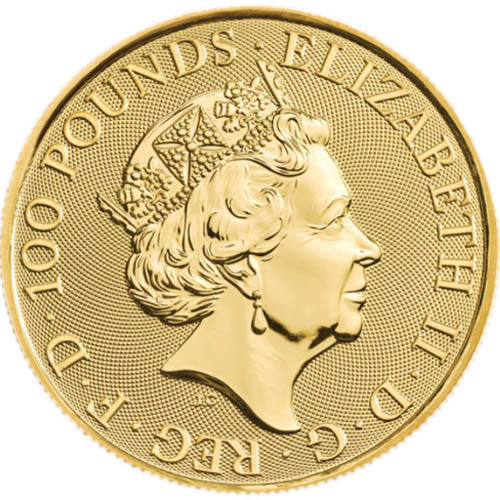 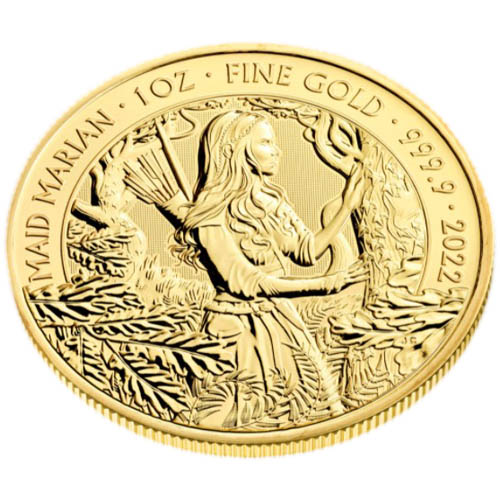 The tale of Robin Hood is one of the most significant from the Medieval history of England. Often depicted as a former crusader who fought alongside King Richard I, Robin comes home to England to find his familys estate taken by Prince John, the brother of King Richard I and usurper of his throne in the kings absence. To fight back, Robin Hood takes to his hideaway in Sherwood Forest and robs the rich to feed the poor. Many modern retellings of the story include a love interest, warrior, and spy known as Maid Marian. Now, 2022 1 oz British Maid Marian Gold Coins are available to you for purchase online from JM Bullion.

Just like the tale of Robin Hood himself has undergone many changes over the centuries, the figure of Maid Marian within that tale has changed with time as well. In fact, Maid Marian was not even featured in the stories of the Medieval Era. It wasnt until plays of the 16th century that the Maid Marian figure was introduced.

Some versions of the Robin Hood tale with Maid Marian included depict her as a woman of high social status who simply feeds information to Robin. She uses her position to provide clues to Robin Hood that will help his band of merry men fight back against the Sheriff of Nottingham. However, other tales give Maid Marian a bigger role as not only a spy, but also a warrior joining Robin in Sherwood Forest.

Queen Elizabeth II features on the obverse side of 2022 1 oz British Maid Marian Gold Coins. Her Majesty is shown here in right-profile relief wearing the George IV State Diadem Crown. This design was created in 2015 by Jody Clark.

Maid Marian is depicted in the reverse field of 2022 British Maid Marian Gold Coins. Here, she stands behind the trunk of a tree and stealthily keeps watch for any intruders in Sherwood Forest. More than a spy, she is ready for the fight with a quiver full of arrows on her back and a bow.

These 2022 1 oz British Maid Marian Gold Coins are available to purchase in Brilliant Uncirculated condition. Coins in this listing come with plastic flips, acrylic tubes of 10, or boxes of 100. The box holds 10 tubes of 10 coins each.

JM Bullion customer service can answer your questions about gold for sale at 800-276-6508. Our team is also available online through our live chat and email address features.