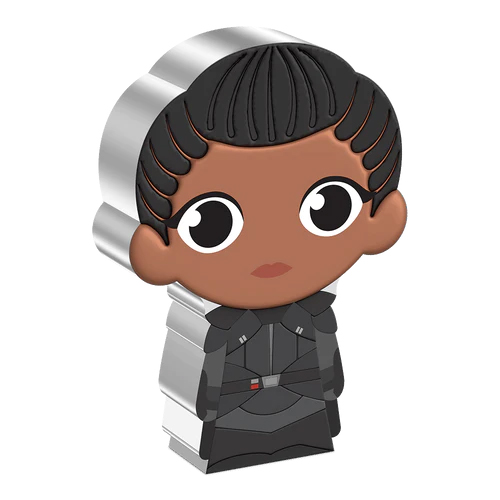 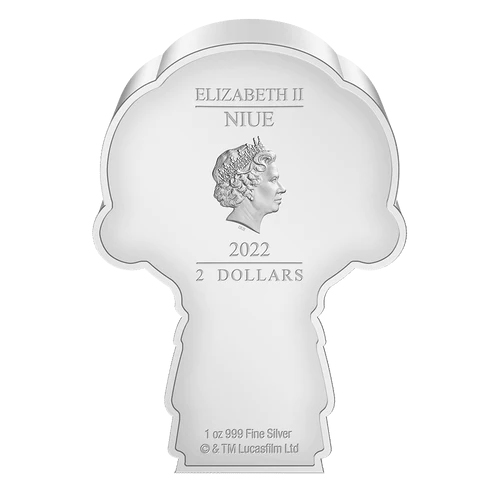 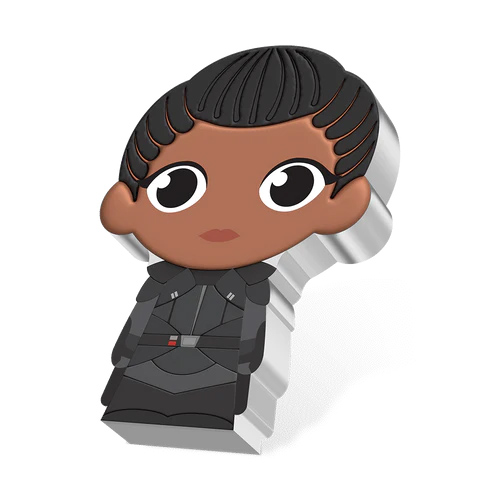 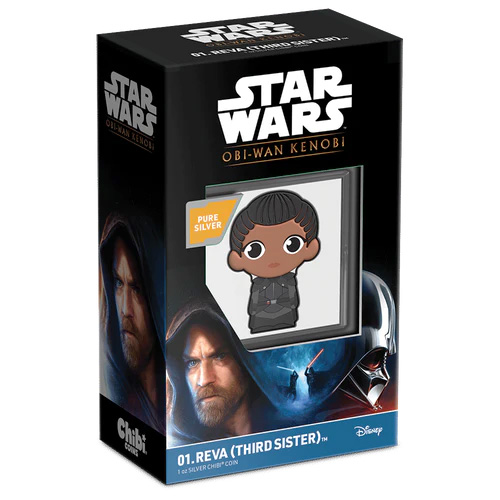 The already-vast universe of the Star Wars franchise has expanded even more in recent years thanks to popular streaming shows like Obi-Wan Kenobi. That show developed the mythology behind the Jedi and the Galactic Empire, featuring the titular hero being pursued by an order of Inquisitors who answered to the evil Darth Vader. One of the most zealous of Obi-Wan’s hunters was the Third Sister of this order, Reva Sevander, who was delivered in a memorably intense performance by the actress Moses Ingram. This complicated actress is celebrated by the New Zealand Mint with the 2022 1 oz Niue Silver Chibi Star Wars Reva Shaped Coin, now available from JM Bullion.

Reva Sevander, the so-called Third Sister of Darth Vader’s fanatical band of Inquisitors, makes her appearance in Obi-Wan Kenobi as an especially dedicated hunter of Jedi, the users of the Light Side of the Force who have been marked for destruction by the evil Galactic Empire. Determined to rise in the Imperial hierarchy, she sees Obi-Wan’s capture as the prize that will assure her future success and pursues him relentlessly until her story comes to a surprising climax at the end of the series. Reva made her mark in the course of that story as one of the most complicated antagonists ever to appear in Star Wars, and now has her own pure silver collectible in the New Zealand Mint’s well-known series of Star Wars Chibi coins.

The 2022 Niue Silver Chibi Star Wars Reva Shaped Coin features a caricature-style depiction of the relentless Inquisitor, colorized and showcasing her signature cornrowed hairstyle. Each coin comes in a themed case with a display window, along with a Certificate of Authenticity that verifies its unique number in the limited mintage.

The coin’s obverse side features an effigy of the late Queen Elizabeth II, confirming it as legal tender despite its unusual shape. It’s accompanied by inscriptions of the Queen’s name, the issuing country and its year and face value, and a confirmation of the coin’s silver content.

A colorized sculpture of Reva Sevander comprises the reverse side. She sports the black armor of an Inquisitor and her distinctive cornrowed hairstyle, her eyes wide and watchful, accentuated by the “big head” Chibi style.

Contact JM Bullion today to learn more about 1 oz silver coins. Phone us at 800-276-6508, chat with us live online, or send your inquiries to our e-mail address.