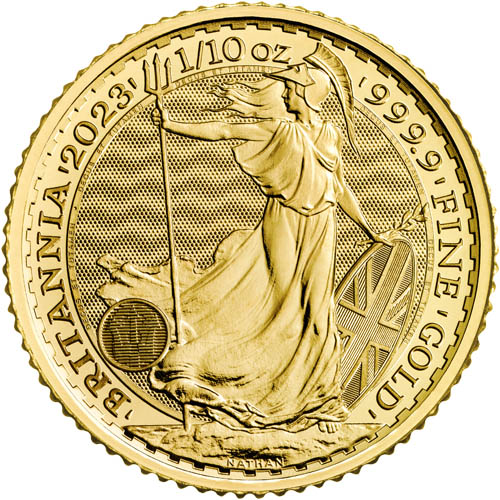 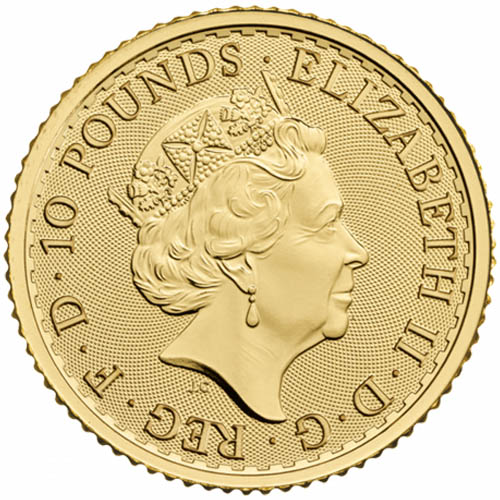 One of the world’s most beloved gold coins for sale will enter a final chapter, of sorts, in 2023. The British Gold Britannia has featured Queen Elizabeth II on the obverse and Britannia on the reverse since 1987. Though the Queen’s effigy has evolved, it has remained constant. However, 2023 will be the last year to feature the recently-passed monarch. Now, 2023 1/10 oz British Gold Britannia Coins are available to you for purchase online at JM Bullion.

From 1952 to 2022, Queen Elizabeth II reigned as Queen of England and the Commonwealth Nations. Her Majesty established a second Elizabethan Era in British society, successfully overseeing the decolonization of British colonies in Africa and modernizing the monarch as a viable part of British society and politics.

Following her death in September 2022, the Royal Mint carries on with her effigy for one final time on the coins of the British Gold Britannia Series. The next issue of these coins will come with new portraits of King Charles III.

The obverse side of the 2023 British Gold Britannia Coin comes with the definitive fifth-generation effigy of Her Majesty to feature on British coins and was designed in 2015 by Jody Clark. The right-profile image of the Queen shown here depicts her at the age of 89 as she wears the George IV State Diadem Crown on her head.

On the reverse field of the 2023 1/10 oz Gold Britannia Coin, you will find a depiction of Britannia from Philip Nathan. In this design, she stands resolutely along the coastline ready to defend the nation. She holds a trident in one hand, granting her control of the seas, while her other hand clutches an olive branch and rests upon a shield with the Union Jack flag.

These coins have tincture lines on that Union Jack flag, as well as micro text around the Britannia design. Other security elements include a latent security image and a motion-texture background field.

These 2023 1/10 oz British Gold Britannia Coins are available to purchase individually in plastic flips or by multiples of 25 coins in individual tubes. All of the coins are in Brilliant Uncirculated condition.

JM Bullion customer service is available at 800-276-6508. Our team is also available using our live chat and email address features.