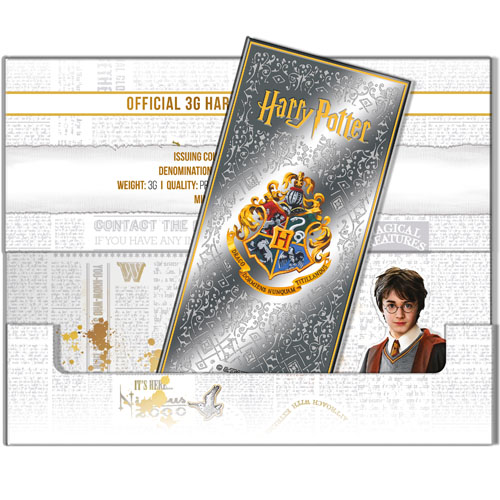 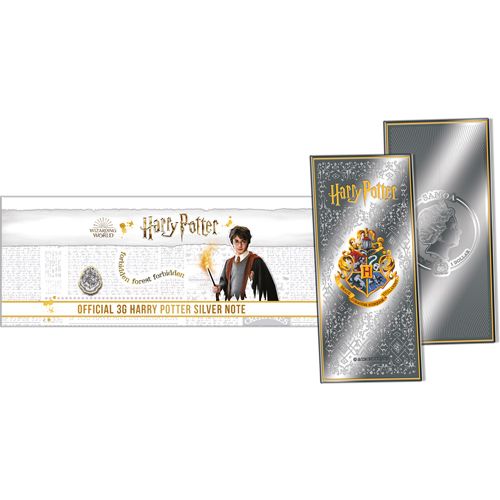 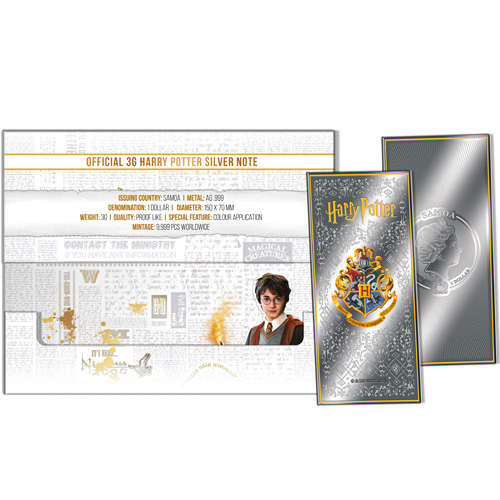 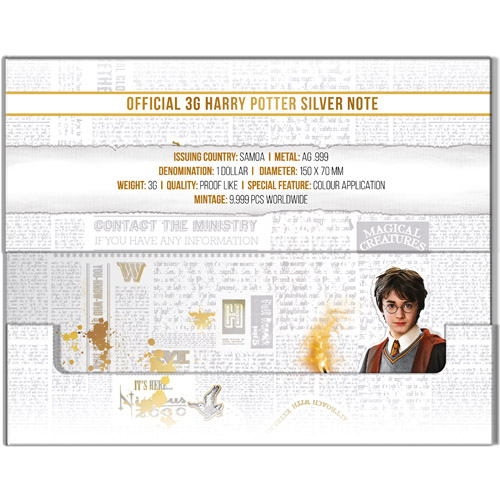 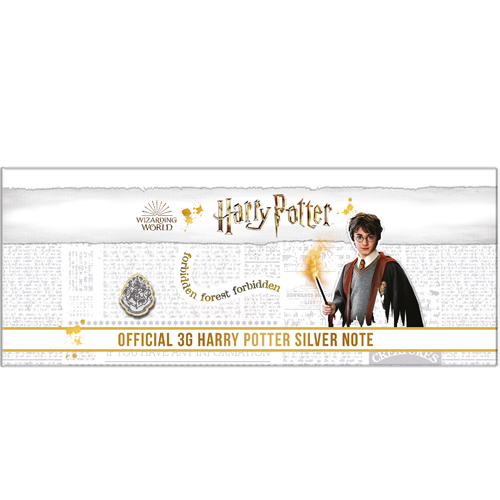 Any quantity available for $45.13 per piece over spot!
Add to WishlistLog In to add this product to your Wishlist
Free Shipping on $199+ Orders

The first release in a brand-new series of silver notes, the new Harry Potter Note is the first officially-licensed silver note with a face value. These notes are ideal for silver enthusiasts and make a great gift for the holiday season. Today, 3 Gram Samoa Silver Harry Potter Notes are available to you online at JM Bullion.

All of the 3 Gram Samoa Silver Harry Potter Notes are available to you with proof-like visuals. The notes have frosted designs with mirror-like fields. These thin silver notes are housed in a Harry Potter-themed envelope for shipping. The notes have a face value backed by Samoa, but have no date mark, a reflection of the timeless appeal of Harry Potter.

On the obverse of Samoa Silver Harry Potter Notes is an image of Queen Elizabeth II. Her Majesty is shown here in right-profile relief in the popular 1998 design from Ian Rank-Broadley. The design shows the Queen wearing the Girls of Great Britain and Ireland, with the national seal beneath the Queen’s portrait and other identifying hallmarks.

The reverse side of 3 Gram Samoa Silver Harry Potter Notes comes with a depiction of the crest of Hogwarts School of Witchcraft and Wizardry. The school shield is quartered and features the individual crests of the four student houses at Hogwarts: Gryffindor, Slytherin, Ravenclaw, and Hufflepuff.

Harry Potter was the creation of British author J.K. Rowling. The series consisted of seven novels that were adapted for the big screen in the form of eight feature films, with the final novel split across two films.

Please contact JM Bullion if you have any questions. You can call us on the phone at 800-276-6508, chat with us live online, or simply send us an email.