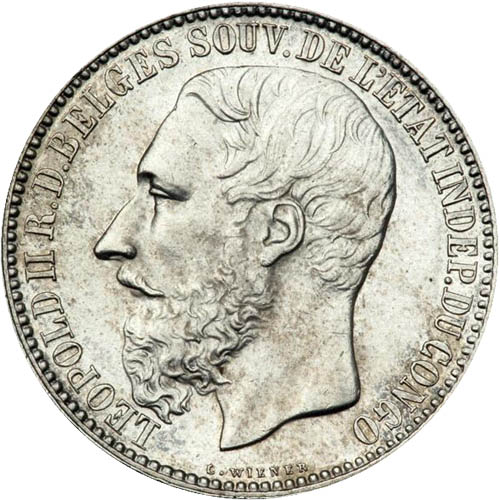 The Francs denomination of coinage was popular throughout Europe in the 19th century. Originating in France under Napoleon Bonaparte, the Franc became a basis of fiat currency in countless other nations through French conquest, influence, or the Latin Monetary Union. Belgium was a nation brought under the influence of the Franc through Napoleons military conquests. Right now, 5 Francs Silver Coins from Belgium are available to purchase online from JM Bullion.

The first 5 Francs Silver Coins were issued by the Kingdom of Belgium in 1832 during the reign of King Leopold I. Belgium gained its independence in 1830 and the former German Prince Leopold became Leopold I, King of the Belgians. He reigned from 1831 until his death on 10 December 1865.

Production of 5 Francs Silver Coins continued through the reign of his second-eldest son, Leopold II. The 5 Francs coinage would remain in production from 1865 when Leopold II ascended to the throne in 1876 when the 5 Francs denomination was removed from production as a circulation coin. It would, however, remain in circulation well into the 20th century as an accepted currency.

On the obverse of 5 Francs Silver Coins from Belgium is an effigy of one of the two monarchs to rule during the production of this denomination. Coins from 1832 to 1865 bear thedepiction of Leopold I in left-profile relief. Leopold I was most commonly featured in a design from Joseph-Pierre Braemt with a crown made of oak leaves and engravings in French around his figure reading Leopold First King of the Belgians.

The coins issued from 1865 through 1876 represent Leopold Is son, Leopold II. His left-profile portrait was created by Leopold Wiener and depicts the king without a crown upon his head. Engravings on this side of his coins include Leopold II King of the Belgians.

On the reverse of the 5 Francs Silver Coins is either the legend concept, which features a wreath of oak leaves surrounding a 5-pointed star, year of issue, and the face value. This design was used on coins during Leopold Is reign, while Leopold IIs reign is characterized by the presence of the coat of arms for the Kingdom of Belgium.