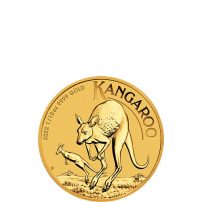 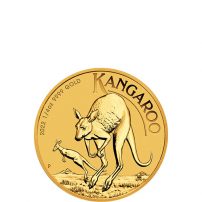 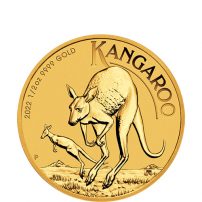 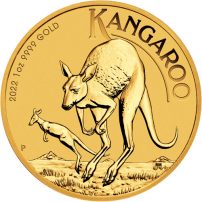 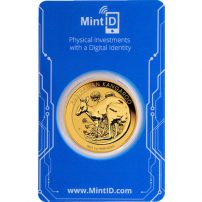 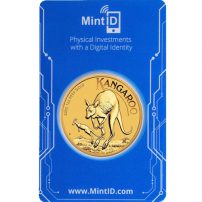 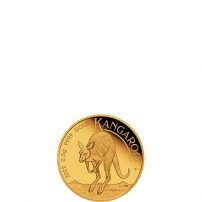 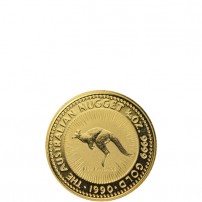 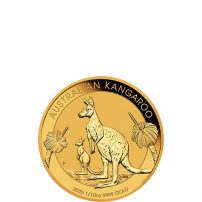 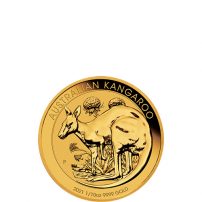 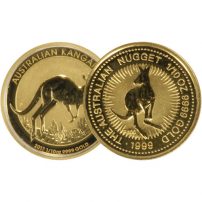 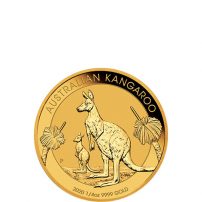 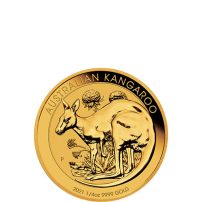 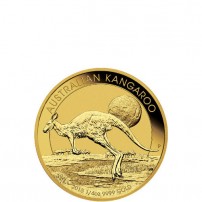 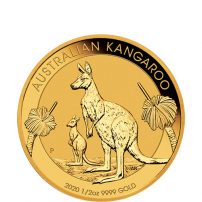 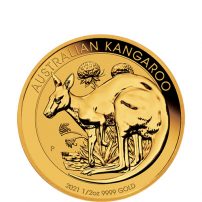 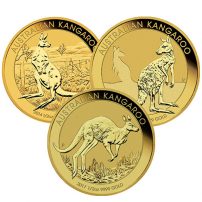 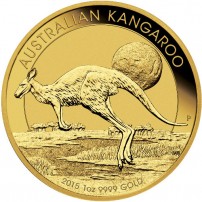 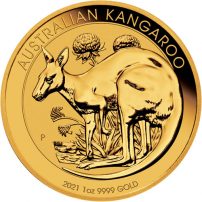 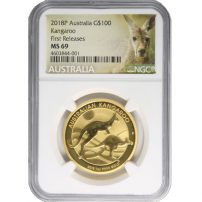 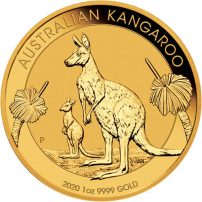 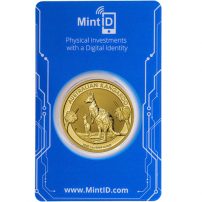 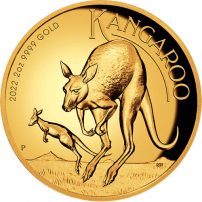 The Perth Mint is recognized around the globe as one of the leading gold and silver bullion brands. Though it produces both coins and bars, the mint is more famous for the stunning designs and impressive variety of commemorative coins it strikes for issue in nations that include Australia and the Cook Islands. Among the most popular coins from the mint are the Perth Gold Kangaroo Coins.

Australia’s Perth Mint is well-known for selecting native wildlife from across the continent as inspiration for its many coin designs. Some of the many sovereign coins struck by the mint each year include native species such as the kookaburra, the Perth Mint’s single most popular coin, the koala, and of course the kangaroo.

Kangaroos are only found in the wild on the Australian continent, existing only in protected habitats, nature centers, and zoos elsewhere in the world. The creature is the largest known marsupial in the world, and comes from the Macropodidae family of animals, which literally translates to mean “large foot.”

Although people living outside of Australia view the animal as a singular species, there are in fact four different species of kangaroo living on the Australian continent. The red kangaroo, so named for its fur color, is the creature that most people outside of Australia are familiar with. Other species in the family include the eastern grey kangaroo, the western grey kangaroo, and the antilopine kangaroo. The eastern grey and western grey are so named because of their natural habitats on the continent.

In popular culture, the kangaroo is featured not only on coins from the Perth Mint, but also serves as an unofficial symbol of the nation. It appears on Australia’s national coat of arms, currency from the Royal Australian Mint, and is used by other groups such as the Royal Australian Air Force and Qantas Airlines as an official symbol/logo. At last count, the continent of Australia is home to roughly 34 million kangaroos.

The Gold Kangaroo coin actually has its roots in a coin known as the Australian Gold Nugget. First released in 1987, these gold coins featured the image of a gold nugget on the reverse side. In 1989, this coin’s reverse design was altered to represent the continent’s beloved kangaroo. Following adoption of the kangaroo motif on this coin program, the Perth Mint began following another popular rule used in its other bullion coin programs: rotating designs.

Each year, the Perth Mint releases a gold bullion Australian Kangaroo coin in .9999 pure gold with an all-new design on the reverse side of the coin. The motif always remains the same, capturing the kangaroo in its natural habitat. However, the specific design changes from year to year, with different artists and Perth Mint engravers contributing to the design sets used on the coins.

There have also been occasional strikings of Perth Mint Gold Kangaroos in greater weights, such as 2 oz, 10 oz, and 1 Kilogram (32.15 oz). In addition to releasing these kangaroo coins in a bullion version each year, the Perth Mint has struck proof version of the coin. In 2014, for example, the Perth Mint not only released the bullion Australian Gold Kangaroo, but it also released a 2014 25th anniversary 1 oz Gold Proof Coin.

On the reverse face of the coin was the original kangaroo motif used on the 1989 coin that started the series. That design of the red kangaroo is featured in the center, with engravings around the image reading “Australian Kangaroo 1 oz 9999 Gold” and “1989-2014.”

Last but not least, there is also the Australian Mini Roo Coin series. The Mini Roo coins were introduced for the first time in 2010 and feature just ½ gram of .9999 pure gold. The gold Mini Roo coins feature stripped-down design sets, with the reverse depicting only a kangaroo with no natural background imagery to enhance the design. A simple engraving of “0.5 Gram 9999 Gold” is featured on the reverse, along with the “P” mint mark. The Mini Roo coins have a face value of $2 (AUD).

All Perth Mint Gold Kangaroo coins, regardless of size, series, or version, bear the same obverse. Ian Rank-Broadley’s iconic right-profile portrait of Queen Elizabeth II is included on the obverse of all coins, along with the Queen’s full name, the nation of issue (Australia), and the face value of the coin.

The Australian Gold Kangaroo is the single-most popular gold coin issued by the Perth Mint. Available from 1986 to 1989 as the Australian Gold Nugget, the series has been the Gold Kangaroo since 1990. This venerable collection offers 1 oz, 1/2 oz, 1/4 oz, 1/10 oz, and 1 Kilo gold coins on an annual basis. Known for its use of new reverse design elements each year capturing the kangaroo in a new relief.

These 1 oz Australian Gold Kangaroos were received by MintID from the Perth Mint and packaged inside of secure cards. The card has a capsule space for the coin and includes a 128-bit encrypted microchip. If tampered with, the microchip “dies” and renders a tampered result in the MintID system. That NFC microchip connects the buyer to a unique, cloud-based authentication profile for each individual coin. All you need to do is scan the NFC microchip with your smartphone using the MintID app. MintID requires no sensitive information or financial details for you to use the MintID app, allowing you to quickly and easily authenticate your purchases.

About the Perth Mint

The Perth Mint is the oldest operating coining facility and precious metal refinery in Australia and the South Pacific. Originally founded in 1899, it was the third and final mint opened as part of the Royal Mint of London system during British colonial rule in Australia. At the time, the Perth Mint joined both the Sydney Mint and Melbourne Mint in the Royal Mint system, but outlived its partner facilities by decades following their closure.

Although Australia filed its federation as a commonwealth of six independent states in 1902, the Perth Mint would remain in British control until the 1970s. During British rule, the Perth Mint produced more than 106 million gold sovereigns and 735,000 half-sovereigns as currency to be used in Australia and throughout the British Empire.

Throughout its history, the Perth Mint has set countless benchmarks for excellence in design and purity in the precious metal industry. In 1957 the mint produced a 13 oz gold plate with .999999 purity. By 2000, the total lifetime production of the mint had reached 4,500 tonnes of gold, which was equivalent to 3.25% of all gold produced by mankind. In 2011, the Perth Mint created the largest, heaviest, and most valuable gold coin in the world. The coin weighed a total of 2,231 lbs and featured .9999 pure gold, and boasted a face value of $1 million (AUD).

After 1970, the Perth Mint passed into the control of the local government in the state of Western Australia. Today, the Perth Mint is a world leader in bullion production and operates separate of the nation’s Royal Australian Mint system. However, under the Currency Act of 1965, all of its coins are considered legal tender in Australia.

If you wish to view total mintages of the Gold Kangaroo coins and other Perth mint products, you can view them here.

If you have any questions about the Gold Kangaroos from the Perth Mint, our customer service team is happy to help. Please call us at 800-276-6508, chat with us live online, or simply send us an email with your inquiries. If you have questions about payment methods, feel free to check out our Payment Methods FAQ.