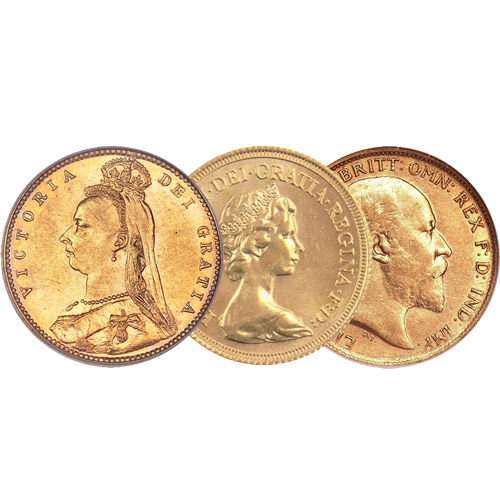 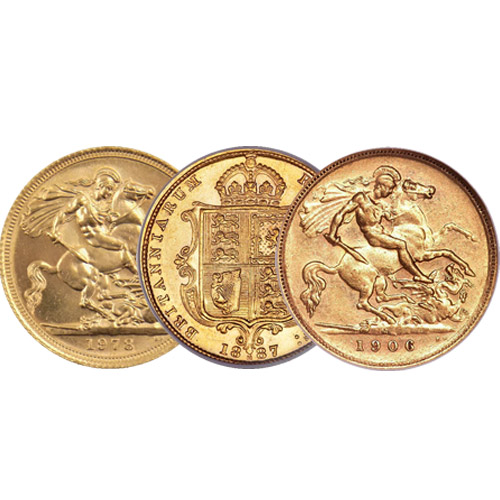 The Great Britain Gold Sovereign is one of the world’s most popular coins. Used widely throughout the British Empire from 1817 until the interwar years between World War I and World War II, the Gold Sovereign may be the best-known variant, but it was not the only option. The 1817 revision of British coinage brought with it new half sovereigns as well. Now, Great Britain 1/2 Gold Sovereigns are available to you for purchase online from JM Bullion.

Half sovereigns were issued for circulation on a regular basis from 1817 to 1926. Special coronation-year issues were released through 1936, with coining halted in the half sovereign through the 1970s. The Great Britain Half Sovereign returned to production in 1980 during the reign of Queen Elizabeth II, but were issued as proof and bullion specimens rather than circulation pieces.

St. George and the dragon appear on the reverse of most Great Britain 1/2 Gold Sovereign Coins. The exceptions to this actually came early on with the coins issued during William IV’s reign and the early decades of Queen Victoria’s reign. A crowned shield appeared on those coins of William IV’s reign, while a crowned shield with the Hanoverian arms appears on the coins from Queen Victoria’s reign. All other coins have the St. George and the dragon design from Benedetto Pistrucci.

These Great Britain 1/2 Gold Sovereign Coins are available with plastic flips. This listing offers coins in varied conditions from mixed types. The date marks on the coins determine the monarch that appears on the obverse and will also determine the reverse design. We cannot guarantee a date, design, or condition in advance. All coins are chosen at random once your payment clears. If you purchase more than one, please note your coins could all match or could vary within this series.