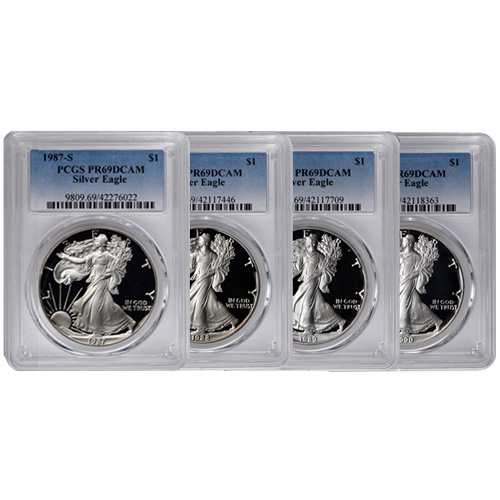 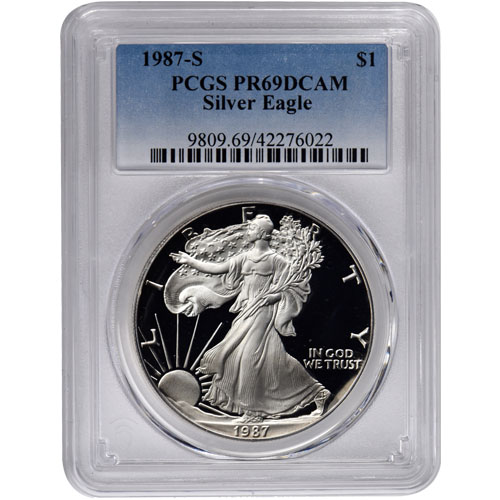 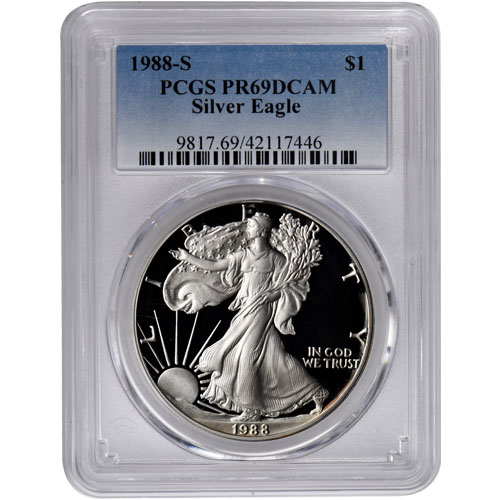 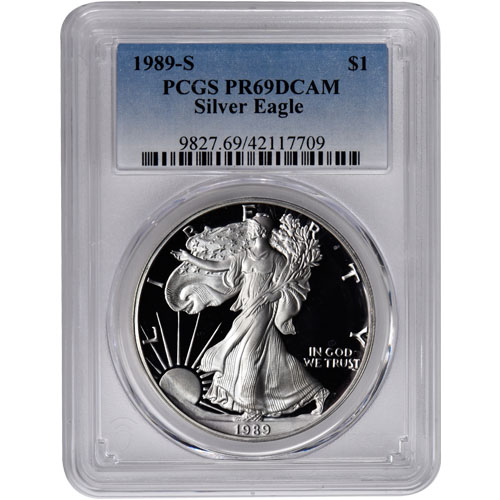 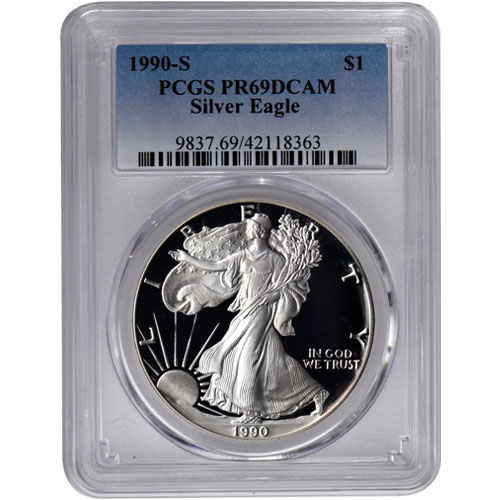 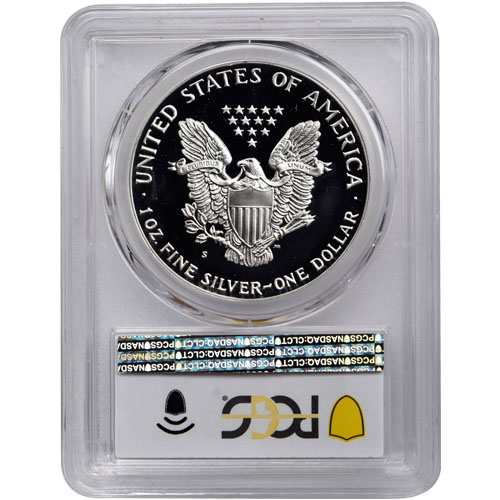 The Proof American Silver Eagle has been around since 1986. Spanning five decades of production dates as of 2021, the coins issued in the early years of the series represent a bygone era for the series. The coins of the early years are now available to you in a special four-coin set. Now, Proof American Silver Eagle 4-Coin Sets are available to you for purchase online in near-perfect condition at Provident Metals.

Outside of the 1986 debut release, the other 1980s-dated coins and the 1990 coin in the Proof Silver Eagle Series represent the oldest date marks in the collection. The 1986 coin is one of, if not the most coveted coins in the series as the first-ever Proof Silver Eagle. Though it has a record mintage in the series of 1.446 million coins, the 1986 coins are rarely resold by the original buyers.

Obverse design elements on the Proof American Silver Eagle Coins in this listing come with the Walking Liberty design. Created by Adolph A. Weinman, the image shows Liberty walking in left-profile relief toward the sun on the horizon.

Reverse imagery on the Proof American Silver Eagle includes the heraldic eagle of the United States. First created in 1795 by Robert Scot, this version of the national emblem was created in 1986 for this series by John Mercanti.

These Proof American Silver Eagle 4-Coin Sets come with four coins in near-perfect condition. Each coin has a PR69 grade, indicating that each one showcases full, original mint luster with no more than two minor detractions. These flaws are limited to minuscule contact marks or hairlines and limited in range to the areas outside of the primary focal points. The coins also have DCAM designations. This stands for deep-cameo and refers to the strong, frosted designs overlaying deeply-mirrored, clear fields. Included in this set are the 1987, 1988, 1989, and 1990 date marks, all with S mint marks from the San Francisco Mint.

JM Bullion customer service is available to assist you at 800-276-6508. Alternatively, you can chat with us live online or email us directly.