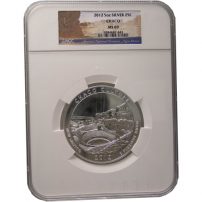 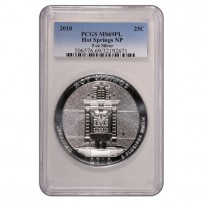 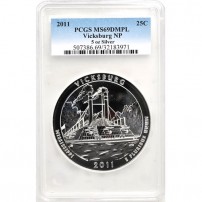 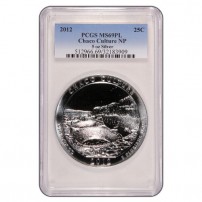 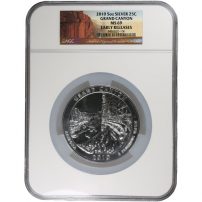 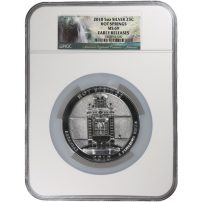 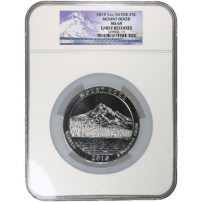 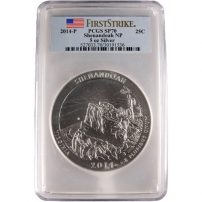 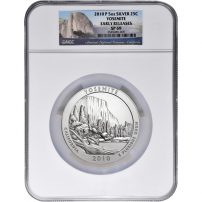 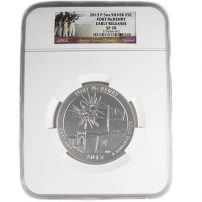 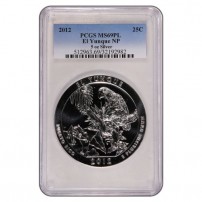 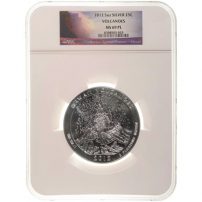 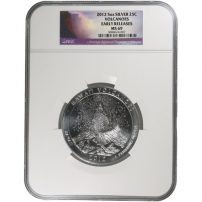 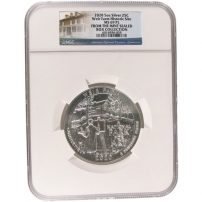 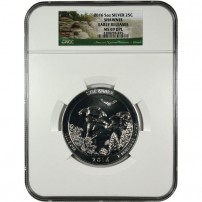 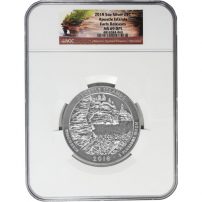 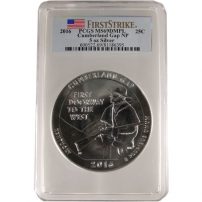 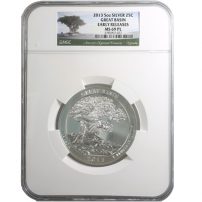 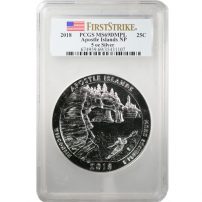 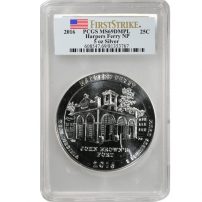 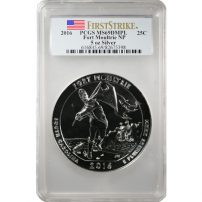 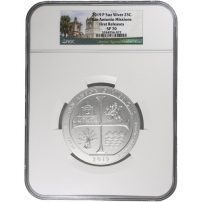 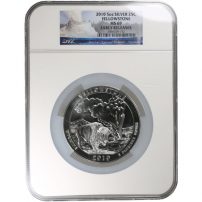 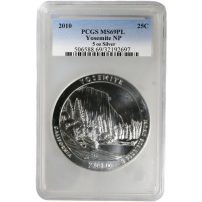 From 1999 to 2008, the United States Mint released a series of special state quarters into circulation in the American economy. These quarters featured the standard reverse imagery of President George Washington, but the obverse side design had be revised to represent a different landmark, national park, or national forest from each of the 50 states. This program was followed up in 2009 by the District of Columbia and US Territories quarters.

Following these successful coin programs, the US Mint embarked on a program to mint and release a series of bullion quarters in a rare 5 oz weight to honor national parks, national forests, and monuments from across the nation. This new coin series debuted in 2010, and is named the America the Beautiful coin series.

Introduction to America the Beautiful Coins

With passage of the America’s Beautiful National Parks Quarter Dollar Coin Act of 2008, the United States Mint and Treasury Department set out to release 5 oz coins with a $.25 (USD) face value that mimicked the appearance of official US quarters. These coins are five times the size of a standard US quarter, and feature brilliant finishes that attract investors and collectors. Though considered legal tender, these coins were not minted for release into circulation.

The America the Beautiful program is a 56-coin series that featured a unique design for each of the 50 US states, the federal district in Washington DC, and the five overseas territories of Puerto Rico, the US Virgin Islands, Northern Mariana Islands, America Samoa, and Guam. The US Mint is scheduled to release five new coins each year, with the first released in 2010. The program is slated to run through 2021, and can be extended to 2033 at the discretion of the Secretary of the Treasury.

Only three coins in the America the Beautiful series feature the same design sets from the state quarters series. Arizona’s coin featured the same design of the Grand Canyon, California’s featured the same image of Yosemite National Park, and South Dakota’s coin featured an identical depiction of Mount Rushmore. America the Beautiful coins are produced at three of the US Mint’s four official coining facilities. The Philadelphia Mint, San Francisco Mint, and Denver Mint all contribute to production.

All Certified ATB Silver Coins on JM Bullion have the same obverse design, but not the same reverse. As each coin is representative of a particular jurisdiction within the country, the reverse side features imagery from a national park, national forest, or monument found only in that particular area.

Design sets featured on the reverse side of each coin were selected using a collaborative decision-making process. The governor or chief executive of each jurisdiction consulted with the US Department of the Interior, the Secretary of the Treasury, the US Commission of Fine Arts, and the Citizens Coinage Advisory Committee. Although all parties were given a say in the design and location, the Secretary of the Treasury held the right to approve all final designs.

On the reverse side of each coin is the standard left-profile portrait image of President George Washington found on circulation quarters. The image of the president was created in 1932 by artist John Flanagan, but was based upon an original bust of President Washington created in 1786 by William Cousins. Standard phrases and mottos such as “United States of America” and “In God We Trust” are featured on this side, along with the face value of the coin.

JM Bullion is proud to offer all America the Beautiful coins struck and released by the United States Mint to date. Coins are available in Brilliant Uncirculated condition, as well as certified conditions from the two major grading services in the world: the Numismatic Guaranty Corporation and the Professional Coin Grading Service.

The NGC and PCGS are both highly respected organizations, and coins that earn grades from these entities receive an immediate boost in their inherent value. Below is a brief explanation of terms that apply to the Certified ATB Silver Coins available on JM Bullion today:

Please don’t hesitate to contact JM Bullion when you have questions about our silver for sale. You can reach out to our team on the phone at 800-276-6508, connect with us online through our live chat service, or simply send us an email with your inquiries. You can also turn to our Payment Methods FAQ to get answers to your questions about acceptable payment methods and any applicable purchasing minimums and maximums.