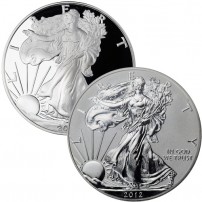 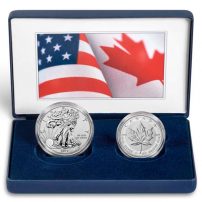 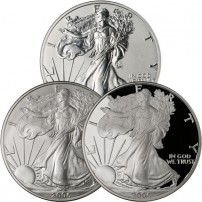 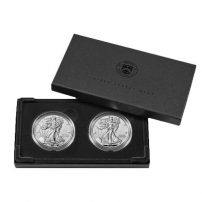 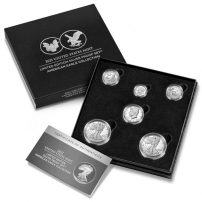 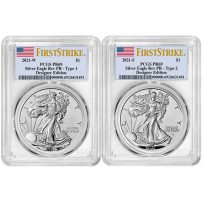 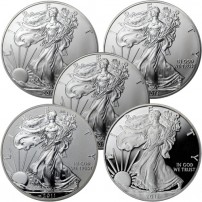 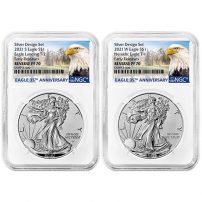 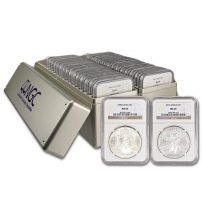 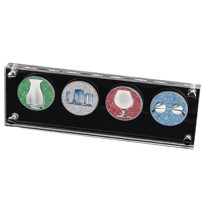 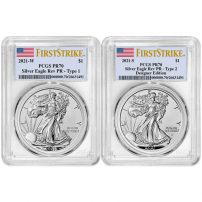 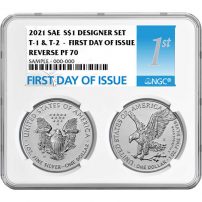 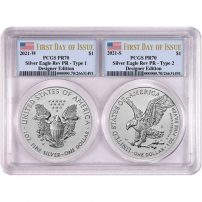 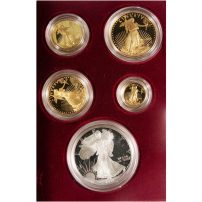 Over the years, the US Mint has built up a tremendous catalogue of American Silver Eagles, producing a variety of coin types and sets since the coin’s launch in 1986. With our wide purchasing power, we are able to put together special sets of American Silver Eagle coins, allowing collectors to accumulate an entire set with just one purchase.

Above, depending on our current inventory, you will find entire sets of uncirculated Silver Eagles, proof Silver Eagles, and Burnished Silver Eagles, often offered in raw or graded (69 or 70) full sets. We also attempt to offer the many commemorative Silver Eagle sets the US Mint has released throughout the years.

American Silver Eagle coins are the standard by which many other sovereign bullion coins are measured. Authorized by the United States Congress, overseen by the Treasury Department, and produced by the United States Mint, these coins are undoubtedly the most popular in the world. From time to time, the US Mint unveils special-edition American Silver Eagle coin sets that leave numismatics clamoring for the limited sets available.

Introduction to the American Silver Eagle

Silver Eagle coins were originally introduced in a bullion and proof version. These coins feature the same image on the obverse and reverse side each year, and are only available in a 1 oz weight. Numerous facilities within the United States Mint system contribute to the production of the coins in the series.

For example, the bullion coin is struck at the San Francisco, Philadelphia, and West Point mints on an annual basis. The proof coin was originally produced in San Francisco, but moved to the Philadelphia Mint from 1993-2000, and the West Point Mint since 2001. The burnished coin, introduced in 2006, is primarily struck at the West Point Mint, with an exception occurring in 2011 when the Mint unveiled a 25th Anniversary American Silver Eagle set.

In many of the issue years for the American Silver Eagle, you can purchase sets that include one coin each from the available dates of issue in the series up to the most recent labeled in that set. For example, a 1986-2020 American Silver Eagle BU Set has a certified BU version of the coin inside with a date mark representing each date of issue between 1986 and 2020. Crucially, each of the coins has the same certification from either the NGC or PCGS. The most common type of these sets to find is the NGC/PCGS MS69 set. In this case, each coin is a near-perfect Mint State 69 specimen. The coins have full, original mint luster and no more than two minor detracting flaws.

In 2019, the United States Mint partnered with the Royal Canadian Mint for the first time in modern history to produce a silver bullion coin set that combined the world’s two best-selling silver coins into one collection. Known as the Pride of Two Nations, this stunning set contained 2 Troy oz of silver in total. In the set, collectors received a 2019 1 oz American Silver Eagle Coin with .999 pure silver content and a 2019 1 oz Canadian Silver Maple Leaf Coin with .9999 pure silver content.

The Pride of Two Nations Set was no ordinary release of American Eagles and Canadian Maple Leafs. Each mint put its own special touch on the coins included in this set. The American Silver Eagle included in the set is an enhanced reverse proof coin that bears mirrored design elements overlaying frosted background fields. The Canadian Silver Maple Leaf is a modified proof from the Royal Canadian Mint that boasts varying fields of frosted and polished, clear finishes for incredible visual brilliance.

The mints contributed their own coins to this set with a total of 110,000 sets available in all. However, the United States Mint distributed 100,000 of the sets, while the Royal Canadian Mint released 10,000 sets. Each set came with a dual Certificate of Authenticity bearing the authentication of the United States Mint and Royal Canadian Mint authorities.

If you have any questions about the coin sets available from JM Bullion, we are happy to help. You can call us on the phone at 800-276-6508, chat with us live online, or send us an email with your inquiries. Don’t forget to check our Payment Methods FAQ page for easy answers to your common payment-related questions.