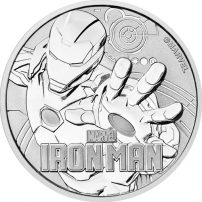 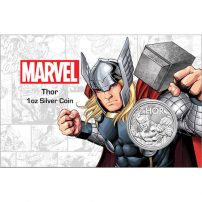 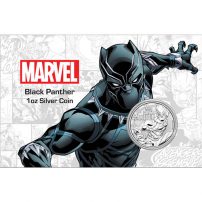 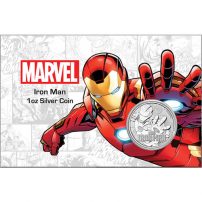 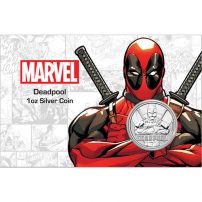 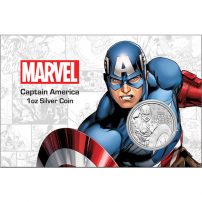 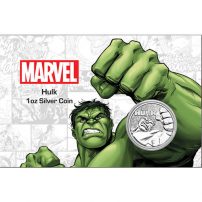 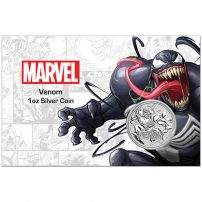 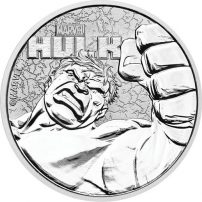 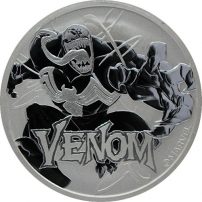 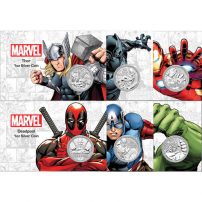 When it comes to comics or graphic novels, there are two major houses producing the superheroes that millions have grown up with over the last 70 years. DC Comics brought children of all ages the likes of Superman and Batman, while Marvel Comics is home to Iron Man, Thor, Spiderman, and countless other heroes. If you’ve been to a movie theater in the 21st century, you’ve undoubtedly seen many of these characters. The popularity of Marvel Comics has invaded the precious metals industry as well, with countless stunning collections of silver coins for sale in the modern era.

Perth Mint is a leading producer of comic-themed coins. From its Marvel Series of silver coins to other proof collectible issues, Perth Mint has its finger on the pulse of modern investors and collectors. You can learn all about the various Marvel Silver Coins available from the Perth Mint now!

Though all of the characters featured on Marvel Silver Coins have roots in the original Marvel Comics of the 1950s, 1960s, and 1970s, these recently released silver coins are often timed to debut with big-budget feature films from Hollywood. A movement that started with the Spiderman films in the early 2000s exploded to feature films such as the Iron Man series, Captain America, Thor, Black Panther, and The Avengers series. If you’re a fan of any of the Marvel Comics superheroes, you’re bound to find something in the Perth Mint’s catalog that catches your eye.

Marvel Cinematic Universe is the media franchise responsible for the production of the superhero films mentioned above. Many of the films released by the franchise since 2005 have set box office records at the time of release and some have etched their names in the history books among the highest-grossing films of all time. These characters are all captured in brilliant designs on silver coins from the Perth Mint.

The leading silver bullion collection with Marvel superheroes is the Perth Mint’s Marvel Series. The Marvel Series of silver coins from the Perth Mint was originally planned to feature six designs. Each of these designs was set to debut from the Perth Mint around the same time that a new Marvel Comic Universe feature film was slated to hit theaters around the globe. While the collection launched in 2017 with the Spiderman coin matching up to the release of Spiderman: Homecoming, the program has proven so successful that designs continue to emerge into 2019 without lining up with a new feature film release. Each coin in the collection is originally available inside of individual packaging, mint-sealed rolls of 20 coins, or mint-sealed boxes of 100 coins. The individual coins contain 1 Troy oz of .9999 pure silver with a face value of $1 that is legal tender backed by the government of Tuvalu. Most importantly, each coin design has a limited mintage of only 50,000 coins.

In this exciting series, you’ll find all of your favorite Marvel Comic superheroes, including:

All of the coins in the Marvel Comics collection from Perth Mint have the same obverse design. On the obverse of each coin is the effigy of Queen Elizabeth II. Her Majesty is shown in a right-profile portrait originally designed in 1998 by Ian Rank-Broadley for the Royal Mint of England. The design depicts Her Majesty around the age of 70 with the golden wedding crown on her head.

As noted above, each of these coins debuted in the collection with a total mintage of 50,000 coins in all. These limited-issue versions include just 1,000 available coins from each design. The six-coin set also has a limited issue of only 1,000 sets. In the six-coin set, the Perth Mint Marvel Series coins are available with a themed shipping sleeve, and each individual card is separable from the set.

The Perth Mint also offers one-time, collectible coins with Marvel Universe designs. At the heart of the designs are the superheroes of Marvel Comics, much like the bullion Marvel Series coins above. However, these coins are proof versions that typically have a frosted design element with mirrored background fields. Additionally, there is often colorization added to the design for greater collectability and much lower mintage figures. In some cases, proof collectible Marvel Silver Coins are available in different weights, such as 2 Troy oz of silver.

Examples of proof Marvel Silver coins include the following examples:

If you require any help while buying silver or have other questions, JM Bullion customer service is waiting to help. Our customer service team is available to you on the phone at 800-276-6508, online using our live chat service, and via our email address.