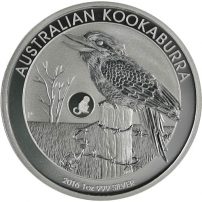 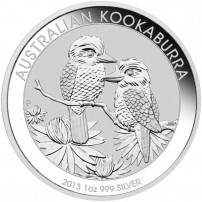 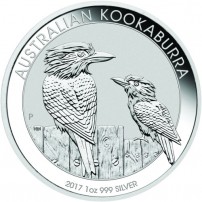 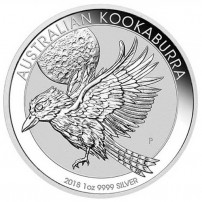 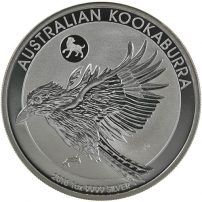 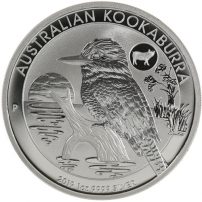 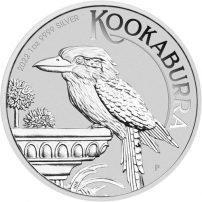 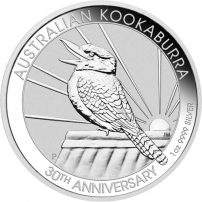 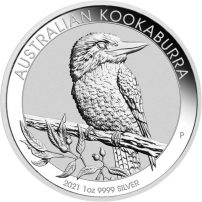 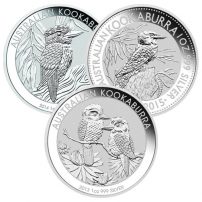 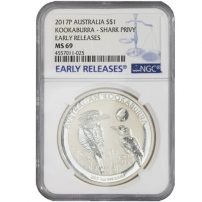 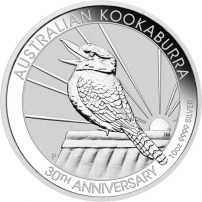 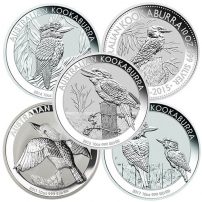 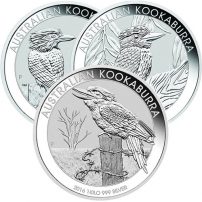 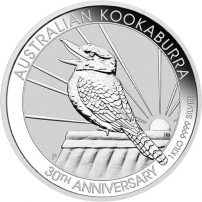 The kookaburra series is among the most popular collectible silver coin series in the world for its stylistic flair and considerable rarity. Buying these coins is a smart decision, but choosing the right retailer can make all the difference. Discover why each minting attracts increasing attention from both private coin collectors and private citizens looking to balance their investment portfolios.

Produced by the Perth Mint in Australia, kookaburras are fine silver bullion coins rated .999 for purity. This rating conforms with the Good Delivery standard used by the London Bullion Market Association. Minting of these coins began in 1990 with production cycles running every year since. Coins are available in one troy ounce, two troy ounces, 10 troy ounces and one kilogram sizes. Maximum mintage of one ounce kookaburras varies by year with 300,000 made each year from 1990 through 2010 and 500,000 made each year from 2011 through 2014. Other weights have no minting cap. The Perth Mint reportedly planned to make at least 1 million one ounce coins in 2013, but officials lowered that number to its new 500,000 limit.

Kookaburras always feature the image of Queen Elizabeth II on their obverse side in high relief. The native Australian bird from which coin derives its name — the kookaburra — sits in high relief on its reverse. Each minting year depicts the bird differently, including varying poses on gum leaf tree branches, new designs, and sometimes even colors.

The Perth Mint used only a handful of artists to design these images, including Rapheal Macklouf (1990 to 1998), John Bergdahl (1992) and Ian Rank-Broadley (1999 to present). A high-quality finish on every coin, coupled with intricate frosting, gives kookaburras a glossy appearance. Other design characteristics common to each minting include:

Limited production of the one-ounce coins, coupled with even smaller special coins during certain minting years, make kookaburras highly collectible. Because the coin is legal Australian tender, only a relative few coins are available for purchase outside the country. The Perth Mint released just 10,000 of the one ounce 2014 mintage to international buyers. The 2012 Australian Outback Kookaburra, in contrast, saw a minting of only 5,000 coins.

The market price for coins in this series varies by the minting year and the number of coins released to the international community by the Perth Mint. Silver weight also factors into pricing, but the limited number of one ounce kookaburra coins (rarity) tends to trump weight when it comes to overall value and worth. Pricing compares favorably with coins from other series, though they tend to experience higher demand due to their scarcity. It’s normal for single coins from regular mintings in the series to cost $30 to $80. Special coins from limited mintings (1992 to 1997 and 1999) can cost upwards of $400 each depending on silver’s market value and the coin’s condition.

To see mintages of Perth Mint products, be sure to visit the Perth Mint Silver Kookaburra Mintages page.

Gathering every coin, including special mintings, from each year in the kookaburra series is possible, but it may take some diligence. Only purchase coins from reputable investment-grade silver coin dealers. Because the kookaburra maintains the highest standards for silver fineness, it’s possible to include them as assets in an investment portfolio in the United States.

Buying an entire 26-coin set at once can get expensive, but doing so can give an ideal base to set up a collection before going after the rarer mintings. Collecting a truly complete set can take years, but is a worthwhile pursuit as both a hobby and a sensible investment.

The Australian Silver Kookaburra Coin may be the longest-running silver bullion coin from the Perth Mint, but it is also one of the few coins to have dealt with mintage maximums on its primary 1 oz silver coin throughout its history. From 1990 when the 1 oz coin debuted until 2010, the annual mintage cap was 300,000 coins. The first two issues in 1990 and 1991 sold out that entire allotment. The collection would not see another sellout in a given year until 2008 as the Great Recession began to take hold.

We encourage JM Bullion customers to contact us on the phone at 800-276-6508 with any questions. Our team is also available to you on the web through our live chat and email address features. For questions regarding acceptable payment methods and any purchase maximums/minimums, please visit our Payment Methods FAQ first and contact us for any further clarifying details.