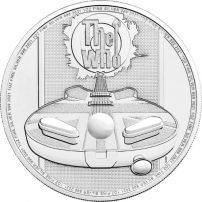 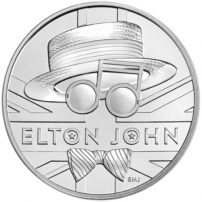 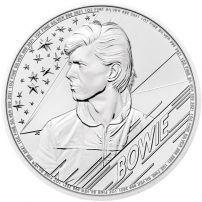 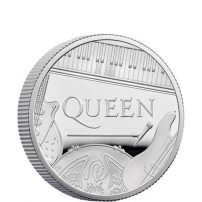 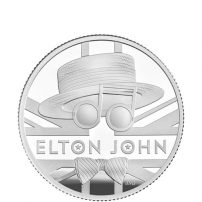 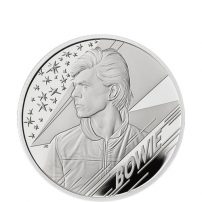 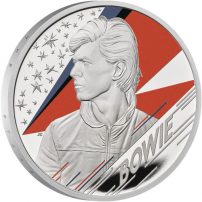 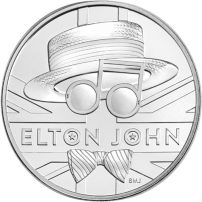 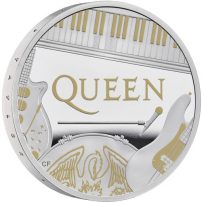 The Royal Mint of England is one of the world’s oldest operating mints and a global leader in the production of modern bullion coins. The Royal Mint has a wide range of programs that collectors and investors are familiar with, such as the British Britannia Series and the Queen’s Beast Series. In addition, the Royal Mint offers a number of different collectible series with limited mintages that attract serious collectors. One of the latest is the British Music Legends collection. Below, you can learn more about the new British Silver Music Legends designs and versions available from JM Bullion.

The debut of the British Music Legends Series came with a design honoring one of England’s greatest stadium rock bands. Queen was one of the most influential rock bands of the 1970s and 1980s. The original members of the band were the electric Freddie Mercury, Brian May, Roger Taylor, and John Deacon. May and Taylor had performed together in the band Smile starting in the 1960s. Mercury was a fan of the group and encouraged them to try experimenting with elaborate staging and recording techniques. After joining the group in 1970, Mercury, May, and Taylor renamed the group Queen. Deacon was recruited in 1971 and from there, Queen’s success seemed limitless. Many of its greatest hits, such as We Will Rock Your, We Are The Champions, and Another One Bites The Dust are must-play anthems at sporting events around the world. The coins in the debut release featured the following reverse design:

For the second issue of the British Music Legends Series, Sir Elton Hercules John is depicted with symbols representing the iconic singer, songwriter, pianist, and composer. Elton John is one of the best-selling artists of all time with a total of more than 300 million records sold. His releases include more than 50 singles on the Top 40 hits lists in the UK and the United States, with seven number ones in the UK and nine number ones in the United States. By the time he was in his mid-teens, he had formed the R&B band Bluesology. In the reverse design of the second coin in the series, the Royal Mint created a distinctive image that evokes the portrait of Elton John without actually featuring his face:

When it comes to defining characters in the music industry, it is hard to surpass the legend of David Bowie. Born David Robert Jones, the English singer-songwriter went by the professional name David Bowie throughout his career. He was a leading figure in the industry and is widely regarded as being among the most influential musicians from the 20th century. Bowie sold more than 100 million records worldwide during his career and earned 10 platinum certifications, 11 gold certifications, and eight silver certifications in the United Kingdom and an additional five platinum and nine gold certifications in the United States. Bowie was known for continually transforming both his sound and his visual appearance throughout his career. Tragically, Bowie died after a long bout with cancer in 2016. Following his death, he was named the “Greatest Rock Star Ever” by Rolling Stone. Once again, the Royal Mint offered up a unique reverse design honoring Bowie for the third release of the British Music Legends Series:

Details of the Collection

All of the coins in the British Silver Music Legends Series come with the same obverse design element. Here, Queen Elizabeth II is depicted in right-profile relief in an image created in July 2015 by Jody Clark. This is the fifth-generation effigy of the Queen to appear on British coins and depicts her at the age of 89 wearing the George IV State Diadem Crown on her head.

The British Music Legends Series features a wide range of gold and silver bullion coins, but at JM Bullion, the options you will find from the broader series include the 1 oz proof, 1/2 oz proof, and 1 oz silver BU coins. These coins come with various different packaging options and mintage figures. Below are the details for each of these release options:

History of the Royal Mint of England

The Royal Mint of England is arguably one of the oldest operating mints in the world. The mint can trace its history back more than 1,100 years. While minting of coins in Britain occurred as early as 80-60 BCE, continuous minting of coins in Britain started in 886 when King Alfred the Great recaptured London from the rule of Danelaw and began to build what would become a singular English kingdom. By 1279, the numerous mints operating in England were unified into a single system centralized within the original London Mint in the Tower of London. Today, the Royal Mint of England operates a modern, state-of-the-art facility located in Llantrisant, Wales. The mint is a government-owned entity owned by Her Majesty’s Treasury. The Royal Mint of England has an exclusive contract to produce national circulation currency, as well as planchets, investment-grade bullion, and commemorative coins.

As you continue to follow the British Music Legends Series and build your collection, JM Bullion will have the designs you want to keep up with the series. You can call our customer service team at 800-276-6508 with your questions, chat with us live online, or simply send us an email with your inquiries. If you have questions about payment methods, maximums, and minimums, don’t hesitate to visit our Payment Methods FAQ before reaching out to our customer service team with follow-up inquiries.