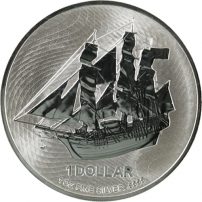 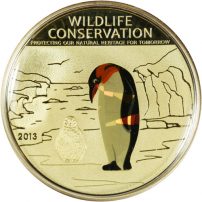 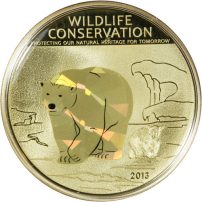 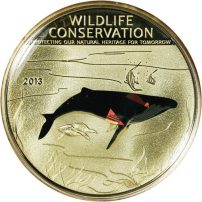 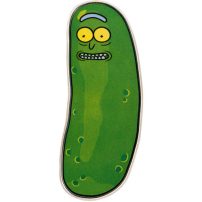 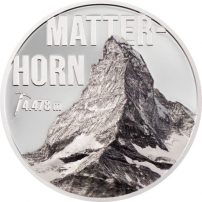 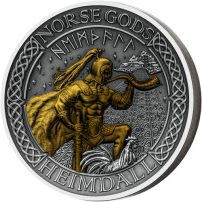 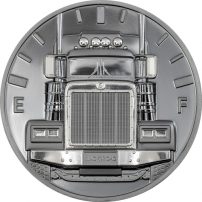 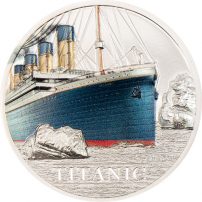 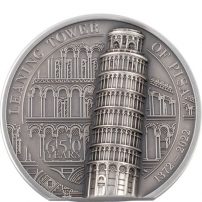 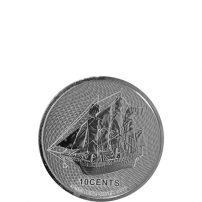 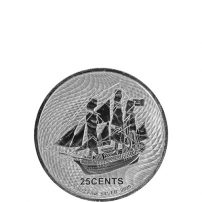 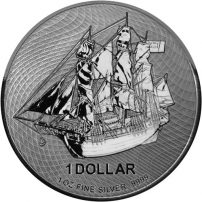 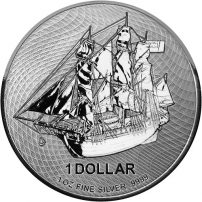 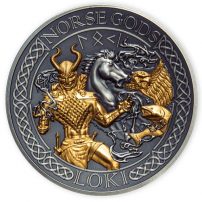 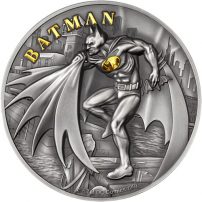 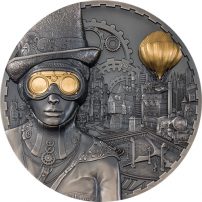 While silver coins from mints such as the United States Mint and Royal Canadian Mint are well-known commodities around the globe, there are other silver coins that are highly prized by investors and collectors, but not known to the entirety of the numismatic world on the level of major silver bullion coin programs. An example of a nation with fine silver products is the Cook Islands.

There are a variety of coins representing the Cook Islands, but none of them are minted locally in the nation because it lacks the facilities to do so. Historically, the privately-owned New Zealand Mint in Auckland has struck most of the silver coins available in the marketplace from the Cook Islands, but more recently Germany’s famed BH Mayer Mint has entered the fray with a stunning ultra-high-relief coin.

Below you’ll find more information about the variety of Cook Islands Silver Coins available for purchase from JM Bullion, including details on the Cook Islands and the mints involved in producing silver coinage for the nation.

A Brief on the Cook Islands

You could spin a globe around for days and probably never spot the tiny corner of the world the Cook Islands inhabit. The island country in the South Pacific Ocean exists in a state of free association with the nation of New Zealand, and comprises 15 islands with a total land area of just 92.7 square miles (240 square kilometers). The largest of the islands is Rarotonga, which has an international airport and a population of just 10,572 people. In fact, Cook Islanders enjoy status as citizens of New Zealand and nationals of the Cook Islands, and there are more Cook Islanders living on New Zealand’s north island (58,008) who self-identify as being of Maori descent from the Cook Islands than those living within the 15-island chain.

One of the newest collections of silver bullion for the Cook Islands is the vaunted HMS Bounty Series. These coins are primarily offered in 1 oz silver, 1 oz gold, and 1/10 oz gold as Brilliant Uncirculated specimens. The design on the reverse remains in the same each year, focusing on the splendor of the HMS Bounty. The reverse features the Bounty as viewed from the port side in its full glory with a Royal Navy ensign flying high on a rear mast. On the obverse of the coins, the Ian Rank-Broadley bust of Queen Elizabeth II features on the coins.

Each coin has 1 Troy oz of .9999 pure silver content and a face value of 1 Dollar assigned and backed by the Cook Islands. The coins ship with plastic flips or tubes for multiples of 20. The infamous HMS Bounty was built as the Bethia in Yorkshire, England, in 1784. Three years later, it was sold to the Royal Navy and commissioned as the HMS Bounty. The ship undertook just one mission in its Royal Navy life, sailing to Tahiti on a scientific endeavor to retrieve breadfruit plants to return to the Caribbean and attempt to plant within British colonies in that region as a cheap source of reliable food.

However, the HMS Bounty would never leave the South Pacific. After sailing round the southern tip of Africa and across the Indian Ocean to Tahiti, the ship’s crew spent 10 months on the island before a return trip was attempted. Fletcher Christian had other ideas. Having established a life in Tahiti, he and several other crewmembers led a mutiny that resulted in the Bounty never getting out of the South Pacific. The HMS Bounty was eventually scuttled by the mutineers off Pitcairn Island to try and prevent detection of the ship, and thus the location of the mutineers.

Mythological gods have long sparked the interest of history buffs, but the focus is usually on the well-known and oft-cataloged Roman or Greek gods because those civilizations once ruled (at different times) the ancient world. Norse gods are lesser-known to the greater public because Norse culture never spread as widely around the world as the former two.

Nevertheless, a recent surge in the popularity of one particular Norse god has increased the focus on the mythology of Norse culture. Thor’s appearance in the comic book revival on the big screen has resulted in a renewed interest among modern generations of Norse mythology. The newly unveiled Norse Gods Silver Ultra High Relief Proof coins produced by the BH Mayer Mint for the Cook Islands is a nine-coin program that features a number of similarities across the program, which ran in 2015 and 2016. Commonalities in each of the 9 coins include:

Each coin in the Norse Gods Series is struck as an ultra-high-relief proof coin, which means the original 2 Troy oz. silver blank is struck multiple times in the coining press under immense pressure to give the finished product a 3D appearance for the design set. Additionally, an antique patina is added to the blanks before the striking process so that each coin has the appearance of age and handling, even though the products went right from the coining presses to packaging. Antique finishes add warmth and subtle depth to any design.

All of the Cook Islands Silver Norse Gods coins feature a different reverse design field. The individual releases in the 9-coin series feature a specific god from Norse mythology, and the series began with the familiar gods such as Odin and Thor, before working through some of the lesser-known, but still important, gods of Norse mythology. The coins were released in the following order, with the following reverse designs:

The coins in this series all shared a common obverse design, that of Queen Elizabeth II. Her Majesty’s right-profile portrait comes from Ian Rank-Broadley, and was designed in 1998 for use on commonwealth coinage. Engravings on this side include the year of issue, purity, metal content, and weight of the coin, as well as its nation of issue and face value.

BH Mayer Mint is located in Germany, where it first opened its doors for business in 1871. The company expertly crafts a variety of numismatic products ranging from commemorative coins and medals to legal tender issue products and other precious metals. A family-owned entity, BH Mayer Mint is now in its fifth generation of management and guidance, with some of its core principles remaining in place since it opened more than 140 years ago.

Each coin released in this particular series has a unique mother of pearl finish to the core design on the reverse face of the coin, which adds visual brilliance to the striking. Other features of the coin include:

Mintage of these coins was capped at an extremely low 888 coins in total, with each containing 5 Troy oz of .999 pure silver. The face value of each was set at $25 and enjoys legal tender status in the Cook Islands. The coins shipped in presentation boxes with a Certificate of Authenticity.

About the New Zealand Mint

The New Zealand Mint is a private company with its headquarters in the capital of Auckland. The mint excels in producing legal tender collectible coins, gold bullion products, and medallions. It was founded over 40 years ago, and today it is the only precious metal mint located in New Zealand. Central to its global status, the New Zealand Mint can boast that it was one of the world’s first mints to adopt .9999 purity as a standard in its gold bullion products.

The mint sources all of its precious metals from international locations, producing coins and medallions using a minimum fineness of .999 for silver and .9999 for gold. The quality and impressive nature of the designs on New Zealand Mint coins puts it among the elite in the world of precious metals, with several coin programs that are coveted by the global community.

Although the mint has a brand name that insinuates it holds status as a sovereign mint, the New Zealand Mint does not print any paper banknotes or circulation coinage for the Reserve Bank of New Zealand and the national government. All New Zealand Dollar paper notes and coins are produced overseas by either the Royal Mint of London or the Royal Canadian Mint.

Get Your Cook Islands Silver from JM Bullion

If you want to buy silver from the Cook Islands, JM Bullion has products from various programs just waiting for you to add them to your collection. You can contact our customer service team with questions about availability at 800-276-6508, chat with us live online, or simply send us an email with your questions.