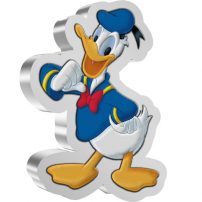 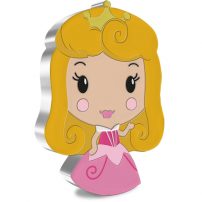 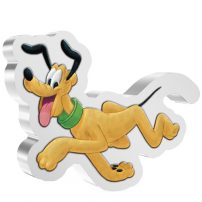 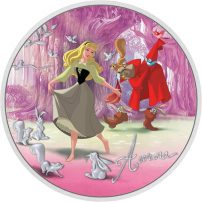 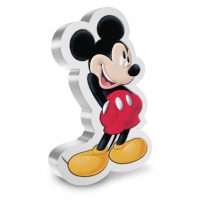 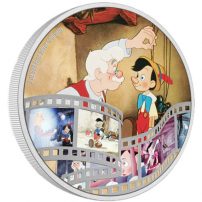 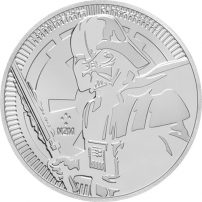 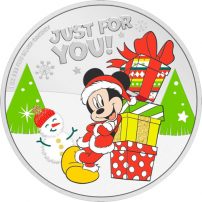 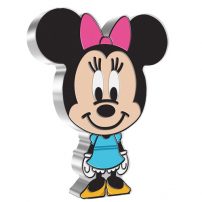 If there’s anything more popular than investing in gold and silver in the 21st century, it is the ever-present image and power of Disney. Powered for nearly a century by the lovable image of a mouse, Disney has grown from its cartoon base of simple characters and princesses to include a vast array of theme parks, films, and merchandise products.

Combining these two in-demand products together on a regular basis, mints and refineries around the globe are beginning to introduce silver collectible coins featuring the images of some of the most beloved characters from numerous Disney franchises. Among the most popular and visible items are those bearing the image of Mickey Mouse, but one of the strongest franchises for Disney are its many princess-themed films.

Whether it’s the lovable Mickey Mouse or the fairy tale stories of Disney Princesses, old and new, Disney Silver Coins are gaining popularity at the moment for their beautiful design and impressive silver content.

One of the Disney-franchise coin programs from the New Zealand Mint to showcase staying power has been the Star Wars Collection. The New Zealand Mint has separated its designs into Star Wars Classic and Star Wars Series bullion coins. The Classic Series offers only traditional gold and silver coins with designs featuring the famous characters from the Original Trilogy. Conversely, the Star Wars Series focuses on the characters from the latest trilogy that debuted in theaters in 2015. These coins are available, in most cases, with colorized proofs.

If there is one coin option and design feature that has been consistent, it is the most famous evil character from the franchise: Darth Vader. Recent years have seen the New Zealand Mint release a new Darth Vader design on the reverse of 1 oz silver bullion coins each year in a continual series. Elements of the series include:

The coins in the Darth Vader Silver Series are available individually in protective plastic flips, with multiples housed in tubes of 25 or themed boxes of 250 silver coins. The biggest change to come in the series each year, aside from the reverse design, has been the mintage. The New Zealand Mint issued the coins in 2017 and 2018 with a mintage of 250,000 silver coins. Conversely, the 2019 and 2020 coins had a much lower mintage of 100,000 silver coins.

The first Disney Silver Coin series to focus solely on one film from its beloved collection of princess-themed animated classics is the Frozen-inspired Magic of the Northern Lights Series. This five-coin series from the New Zealand Mint is set to feature all of the major characters from the beloved Norse princess film.

The obverse side of each of the coins in this series features the familiar right-profile portrait of England’s Queen Elizabeth II. Her Majesty’s image was created in 1998 by Ian Rank-Broadley, and represents the fourth-generation portrait of the Queen to feature on commonwealth coinage during her reign. Engravings include the nation of issue, year of issue, and face value of the coin.

On the reverse of each Frozen Disney Silver Coins, you’ll find a different colorized image representing one of the major characters from the film. These include the images of Queen Elsa, Princess Anna, Olaf, Kristoff and Sven, and Anna and Elsa together.

Mickey Through the Ages Collection

The Mickey Mouse Through the Ages release of coins is part of the larger Disney Classics coins, also from the New Zealand Mint.

The collection follows the changing looks and roles played by Mickey Mouse in some of Walt Disney’s earliest animated classics. Many children of the modern generation have never seen Mickey as he is depicted in these designs, but collectors and investors from other generations can certainly appreciate the nearly 90-year history of America’s most beloved mouse.

Cars is one of the most popular franchises in recent history for Disney and Pixar animations. The initial movie spawned two sequels (Cars 2 and Cars 3), as well as a spinoff in the form of Planes. The Cars Collection from the New Zealand Mint featured all the favorite characters from the two original Cars films, including Tow Mater, Lightning McQueen, Doc Hudson, and Sally.

Each of the Cars Collection coins has a limited mintage of 10,000 coins and features 1 Troy oz of .999 pure silver. The coins ship in Perspex coin cases with a Certificate of Authenticity, and each one features a colorized finish for the Cars character on the reverse.

The New Zealand Mint is a private company with its headquarters in the capital of Auckland. The mint excels in producing legal tender collectible coins, gold bullion products, and medallions. It was founded over 40 years ago, and today it is the only precious metal mint located in New Zealand. Central to its global status, the New Zealand Mint can boast that it was one of the world’s first mints to adopt .9999 purity as a standard in its gold bullion products.

The mint sources all of its precious metals from international locations, producing coins and medallions using a minimum fineness of .999 for silver and .9999 for gold. The quality and impressive nature of the designs on New Zealand Mint coins puts it among the elite in the world of precious metals, with several coin programs that are coveted by the global community.

We encourage all JM Bullion customers to contact us with questions as they arise when you buy silver. Our customer service team is available at 800-276-6508. You can also connect with us online through our live chat and email address features.