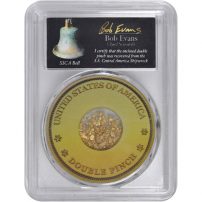 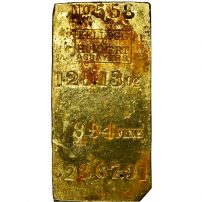 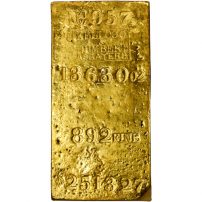 Some of the most valuable gold available from JM Bullion doesn’t come from the modern coinage at the United States Mint, but rather, comes from the depths of the ocean. JM Bullion has a limited range of Shipwreck Gold, representing products that were salvaged from the bottom of the Atlantic Ocean and the wreck of the S.S. Central America in 1857. Learn more about our Shipwreck Gold products on this category page.

What is Shipwreck Gold?

What Kinds of Shipwreck Gold Exist?

The loss of the S.S. Central America was not just devastating in terms of lives lost, but also in terms of financial loss. More than just the value of the ship, the S.S. Central America was carrying 30,000 pounds worth of gold ingots and US Eagle gold coins. These gold ingots and coins were a result of the California Gold Rush. The ingots had been assayed in San Francisco by Kellogg & Humbert, while the gold coins were struck by the San Francisco Mint in the denominations of the US Eagle. Examples of this gold include:

When the S.S. Central America became disabled in the midst of a hurricane on September 9, 1857, it was only a matter of time before the ship would be lost. Water had swamped the engine rooms of the sidewheel steamer, putting out the fires in its engines and disabling the ship. Two days later, it was overwhelmed by the waves and sank with its gold bullion load that was estimated at around $8 million in 1857 dollars. To put that in perspective, a sinking of this type in 2021 would have resulted in a loss of roughly $625 million based on current gold prices.

The gold aboard the S.S. Central America was destined for banks along the East Coast, particularly in New York City. The loss of the gold intended for those banks caused the Panic of 1857, one of the world’s first international financial crises. In the aftermath, Americans swamped banks in an attempt to get hard currency assets. Most American banks did not recover until after the Civil War.

If you have any questions about Shipwreck Gold at JM Bullion, please feel free to ask. JM Bullion customer service is available at 800-276-6508, online using our live chat, and via our email address. Please don’t hesitate to visit our Payment Methods page for quick-and-easy answers to your common questions regarding acceptable payment methods.