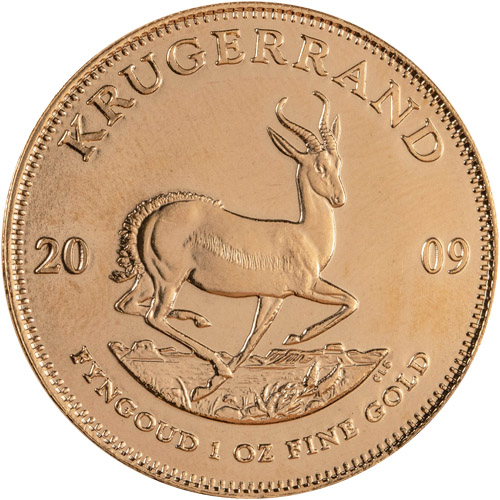 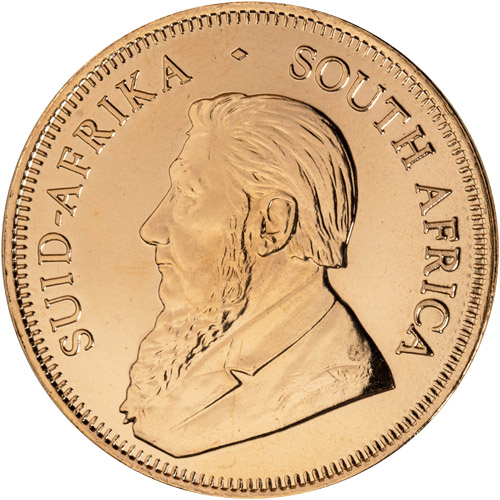 The 2009 1 oz South African Gold Krugerrand Coin was originally manufactured and released by the South African Mint. This coin has been struck in 1 oz of fine gold and features detailed imagery on both the obverse and reverse. Overall, this coin continues to hold significant cultural and historical value. It does not have any monetary value, but this is because its legal denomination fluctuates with the price of gold instead of remaining fixed.

On the obverse of the 2009 1 oz South African Gold Krugerrand Coin is the portrait of Paul Kruger. Kruger was the first and only president of South Africa and is known for establishing the South African Mint in 1892. At the time, Kruger wanted to ensure South Africa had a means for creating currency, as well as to combat the country’s coin shortage.

On the reverse of the 2009 1 oz South African Gold Krugerrand Coin is the image of a Springbok antelope, which is the national animal of South Africa. This side of the coin also features its release year, weight, and purity. The inscription “KRUGERRAND” is shown above the image of the antelope.