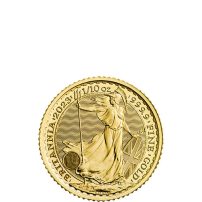 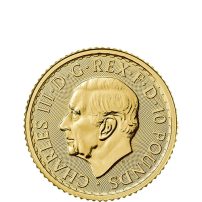 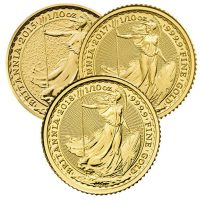 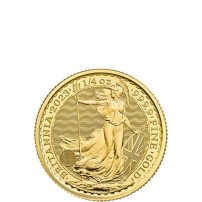 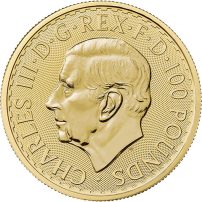 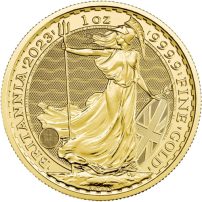 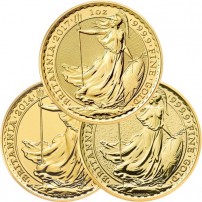 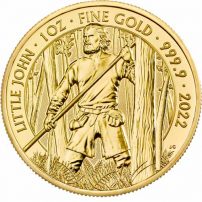 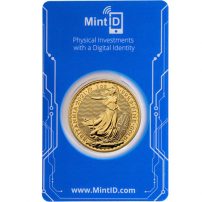 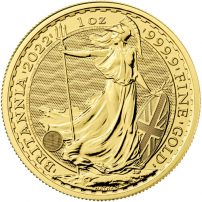 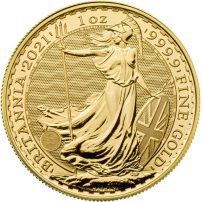 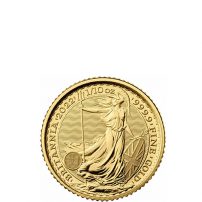 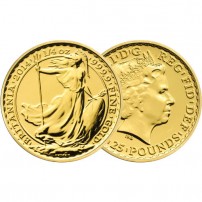 1/4 oz British Gold Britannia Coin (Random Year)
As Low As:
Out of Stock 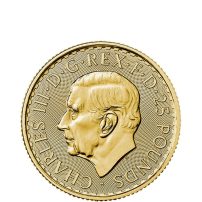 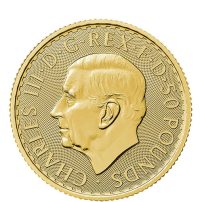 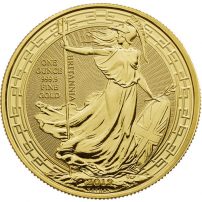 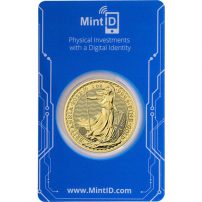 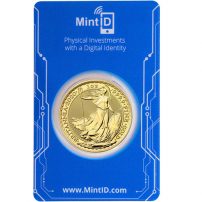 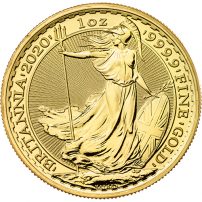 2020 1 oz British Gold Britannia Coin
As Low As:
Out of Stock 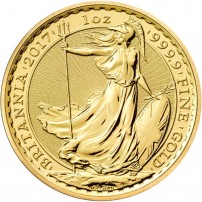 The official gold bullion coin of Great Britain is the Britannia Series. These beautiful gold bullion versions of the coin were the first to debut from the Royal Mint with the female personification of Britain. A symbol whose origins stretch back more than 2,000 years in the British Isles, the Britannia design was the perfect choice for the Royal Mint when it opted to launch its new bullion series for modern investing. First issued in 1987, the Gold Britannia is an instant classic that has been struck in every year since that time.

History of the Gold Britannia Coin

The introduction of the British Gold Britannia Coin came in 1987 amidst an ever-evolving gold bullion market. The gold Bull Market of the 1970s pushed numerous sovereign mints to counter the prominence of the 1967 release of the South African Gold Krugerrand and take advantage of growing demand for privately-owned gold bullion coins. The Canadian Gold Maple Leaf was the first to hit the market as competition to the Krugerrand, issued for the first time in 1979. The Gold Maple Leaf was followed by the Chinese Gold Panda and American Gold Eagle.

Britannia’s image vastly predates the modern Gold Britannia coinage though. The history of the term Britannia dates to the dawn of the first millennium AD. As the Roman Empire invaded the British Isles, Britannia was used as a term for the province when it fell under Roman control. Emperor Hadrian would use Britannia for the first time on a coin around the year 119.

The British Gold Britannia Coin is struck by the Royal Mint at its state-of-the-art Llantrisant facility in South Wales. The Royal Mint strikes the Gold Britannia coins with an unlimited mintage each year, which means the coins are struck to meet the demand of investors or to its ability to secure gold bullion blanks for coining. When the Gold Britannia was issued in 1987 it had 22-karat gold, which is known to many as crown gold. This means the 1 Troy oz coins had .9167 gold purity with copper in the mixture as well.

Queen Elizabeth II, via the Privy Council Office, directed the Royal Mint to begin production of the Britannia in 1987. The mint then held a competition to find a new design of Britannia for the official bullion series. A total of 52 designs were issued by 14 designers, and Philip Nathan’s interpretation of Britannia was the winning design.

Nathan’s design of Britannia reimagined the historic visuals of this icon as a commanding female figure who was powerful, yet feminine, peaceful, and elegant in her stature. Britannia features on the reverse of the British Gold Britannia coins as a maritime symbol of British power. She stands at the edge of a rock on Britain’s southern coast. She has a long, flowing gown on her figure with a powerful Corinthian helmet on her head. Her right hand wields a trident which gives her the power to control the seas. In her left hand, she holds an olive branch and a shield, denoting the nation’s wishes for peace while also showcasing the power to defend itself from invasion. Emblazoned upon that shield is the Union Jack, Britain’s national flag.

The obverse side of all British Gold Britannia coins features a right-profile portrait of Queen Elizabeth II. Her Majesty is, as of 2015, the longest-reigning monarch in the history of Britain. Crowned Queen of England in 1952 with an official coronation in 1953, Queen Elizabeth II’s effigy has featured in a total of three different versions to date for the Gold Britannia:

JM Bullion annually carries the latest British Gold Britannia Coins. Feel free to direct any questions you have about buying coins in this series to our customer service team at 800-276-6508, chat with us live online, or simply send us an email.