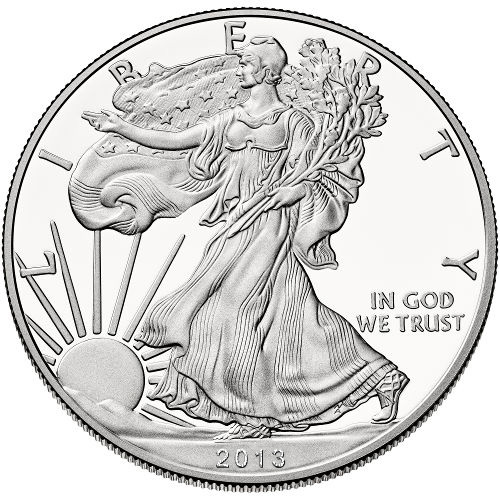 At this point in the history of the American Silver Eagle, the program had established itself as the most popular coin in the world. Bullion sales alone each year were breaking records, with sales records broken in 2008, 2009, 2010, and 2011 consecutively. Overall sales records were also falling alongside those bullion numbers, with total mintage breaking records in 2002, 2006, 2008, 2009, 2010, and 2011.

On the obverse side of all American Silver Eagle coins is the Walking Liberty designed made famous by the Walking Liberty Half Dollar (1916 to 1947). This image was created in 1916 by Adolph A. Weinman, who contributed to the makeover taking place on American coins in the early 20th century. This period is often considered the Golden Age of coin design in America.

Chief Engraver of the United States Mint, John Mercanti, designed the heraldic eagle used on the reverse. His image is a modernized version of the heraldic eagle, which first appeared on American currency as early as 1794. A popular addition to his design are the 13 five-point stars above the eagle’s head, which represent the nation’s original colonies that broke free from British colonial rule.

If you have questions, please don’t hesitate to ask. JM Bullion associates are available to help answer your inquiries on the phone at 800-276-6508, online using our live chat, and via email.