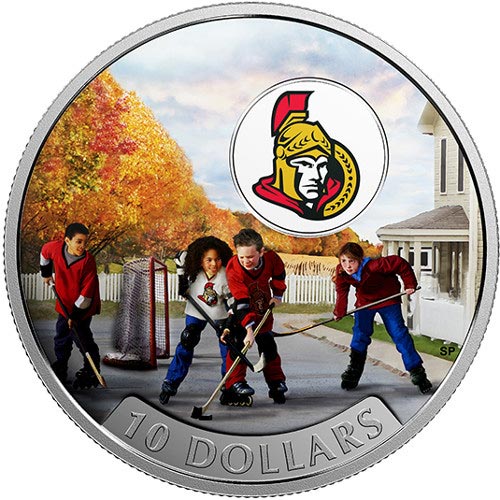 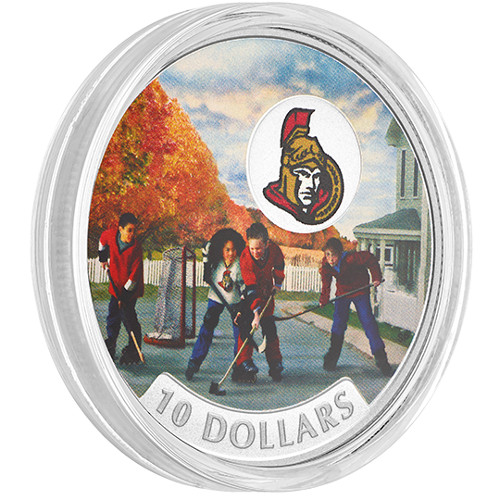 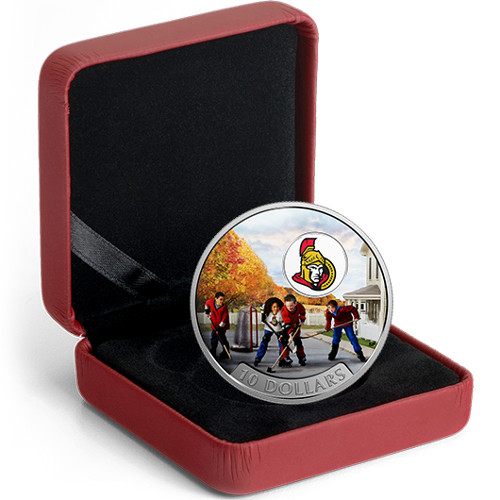 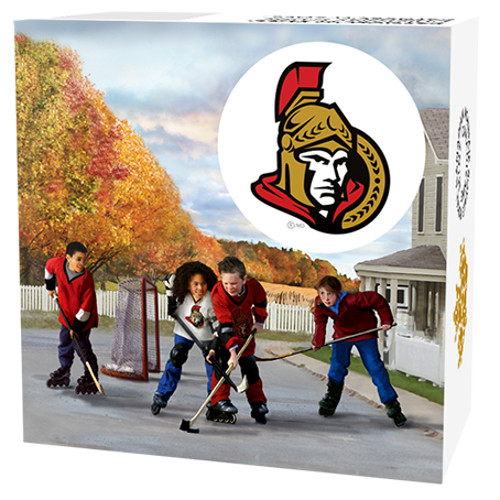 One of Canadas youngest NHL franchises is the Ottawa Senators. Located in the nations federal capital city, the team was founded in 1990 and began play in the National Hockey League starting in 1992. Right now, the 2017 oz Proof Canadian Silver Passion to Play Ottawa Senators Coin is available from JM Bullion.

Each of the 2017 oz Proof Canadian Silver Passion to Play Ottawa Senators coins in this release arrives in the Royal Canadian Mints classic, maroon clamshell display box. It includes an outer shipper with full-color artwork from the coins reverse.

The reverse of the Passion to Play Ottawa Senators coin includes the image of children playing street hockey with roller blades and a street puck. The fall colors in the background indicate hockey season is just around the corner. The Ottawa Senators logo is included in a white circle in the upper-right field of the design area.

On the obverse of the coin youll find the familiar portrait of Queen Elizabeth II. Her Majestys image appears on the obverse of all Canadian currency, and was created in 2003 by Susanna Blunt.

All uses of NHL and the NHL Shield are trademarked by the National Hockey League. The use of NHL and NHL team logos are property of the league and its franchises.

Founded in Ottawa in the 1908, the Royal Canadian Mint is the official sovereign mint of the nation. It originally formed to provide the country with independent control over its coinage, and required expansion in the 1980s to keep up with demand. A second facility was built at that time in Winnipeg.

If you have any questions, please dont hesitate to contact JM Bullion. Our customer service team is available on the phone at 800-276-6508, online through our live web chat, and via our email address.