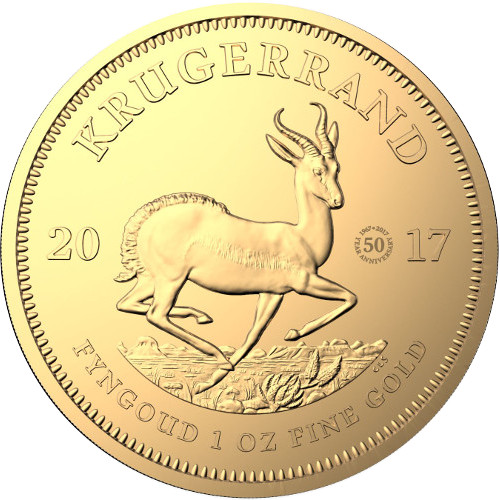 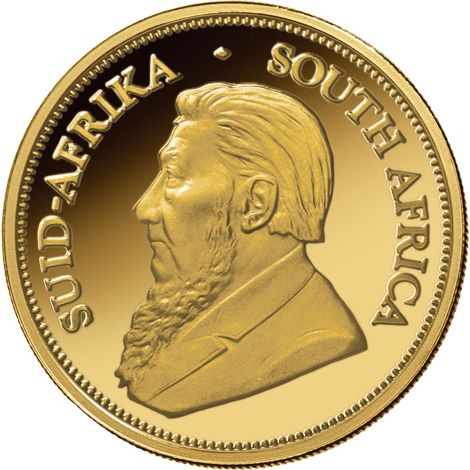 The South African Krugerrand is the world’s oldest gold bullion coin, and the first introduced in the modern era specifically for use as an investment tool. The Krugerrand has fallen down the ladder in terms of visibility in recent years, but remains a proven commodity in the precious metal industry. As the South African Mint celebrates the coin’s 50th anniversary, today the 2017 1 oz 50th Anniversary Privy Mark South African Gold Krugerrand Coin is available to you online from JM Bullion.

South African Gold Krugerrand coins debuted in 1967 as South Africa sought to market its gold to private investors around the world. For more than two decades, the Krugerrand was the only option for those looking to invest in or collect gold coins. The introduction of the Canadian Gold Maple Leaf (1979), Chinese Gold Panda (1982), and American Gold Eagle (1986) cut into the Krugerrand’s dominance, as did the economic boycott of its apartheid system.

To celebrate the 50th anniversary of the South African Gold Krugerrand, the South African Mint has released a limited-issue mintage of the gold coins with a beautiful privy mark. The mark is located on the reverse side of the coin, to the front right of the Springbok antelope. It features the letters “50,” surrounded by “1967-2017” above and “Year Anniversary” below.

Each 2017 1 oz 50th Anniversary Privy South African Gold Krugerrand Coin listed here is in BU condition. Coins in this condition have no signs of wear and tear, though you may notice minor flaws ranging from breaks in the luster and spotted surfaces to contact marks from the production process at the mint.

On the obverse face of all Krugerrands is the image of President Paul Kruger, the first president of the South African republic in 1905. Kruger was so beloved, his image not only inspired the design of the coin, but also its popular name. Kruger’s likeness is surrounded on both sides by “Suid-Afrika” and “South Africa,” the Afrikaans and English spellings of the national name.

Also for Silver a moment 50 years in the making has finally arrived for numismatists around the world to savor. The South African Gold Krugerrand was the first private-investment gold bullion coin produced in the world, but while other mints offered gold bullion programs with a matching silver coin, the South African Mint never expanded the Krugerrand. That is, until now, the 2017 1 oz South African Silver Krugerrand 2017 Coin is available to you now from JM Bullion in unique condition!

Please don’t hesitate to contact JM Bullion customer service at 800-276-6508. You can also connect with us online through our live chat and email address. A gold spot price chart is also available on our website at all times.

Nelson from FL - April 19, 2017
"I just received my first 1 OZ platinum liberty 2017 coin and it is a beautiful coin. J.M bullion's price is really fair and reliable fast free shipping. I will always buy my precious metals from J M Bullion as I have compared prices from other sellers. ( -: Nelson Patel Gotha , Florida"

Rick from OH - April 07, 2017
"I received my 2017 50th Anniversary Gold Krugerrand today and it is outstanding in detail and quality. The privy marking is on the reverse side, and it is now protected in a 32mm clear capsule. I have purchased numerous silver products over the past four years from JM Bullion, and am buying 1 ounce gold coins monthly this year. JM Bullion is great in price and delivery - every time. You are my first choice every month."