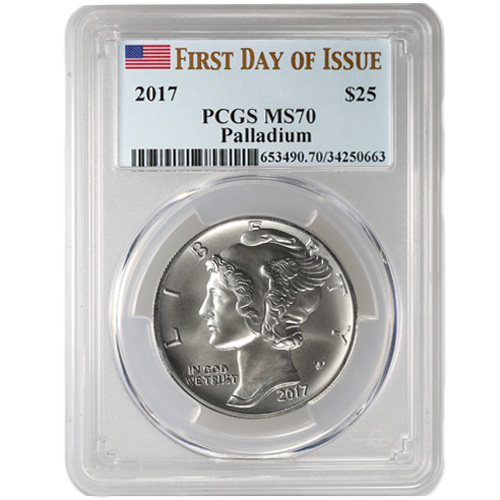 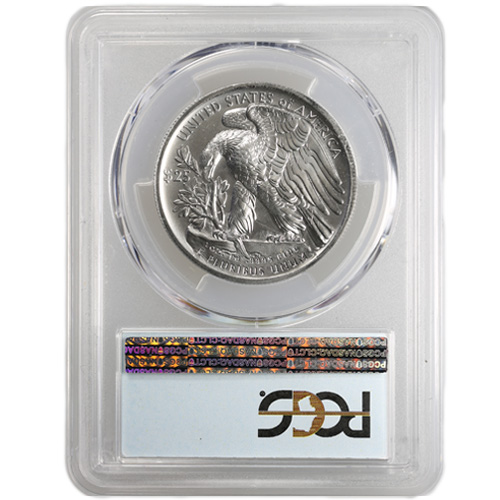 The American Eagle Series from the United States Mint is one of the most popular in the world, with the silver and gold coins garnering immense attention from investors and collectors each year. The coin series expanded once in 1997 to feature a Platinum Eagle, and for the first time ever there’s now a Palladium Eagle available. Right now, 2017 1 oz American Palladium Eagle Coins are available to purchase online from JM Bullion with PCGS certification!

Each 2017 1 oz American Palladium Eagle Coin listed here today is in perfect condition as noted by the PCGS. Coins with a Mint State 70 grade exhibit full, original mint luster and lack all detracting flaws. The First Day of Release designation indicates that these coins were received by the PCGS for certification within one business day of the US Mint’s 2017 release date of the coins.

On the obverse of the American Palladium Eagle is Weinman’s 1916 depiction of Winged Liberty. Better known to circulation coin collectors as the Mercury Dime design, it is a left-profile portrait of Liberty wearing a winged Phrygian cap. Inscriptions on the coin’s obverse include “Liberty,” “In God We Trust,” “2017,” and an interlocking “AW” for Weinman’s initials.

The reverse of the 2017 1 oz American Palladium Eagle Coin features a 1907 design from Weinman. Created for the high-relief version of his American Institute of Architects medal, it captures the bald eagle with wings arched back as it stands on a rock cliff clutching a branch in its talon. Inscriptions on this side read “United States of America,” “$25,” and “E Pluribus Unum.”

All American Palladium Eagle coins are produced by the United States Mint at the Philadelphia Mint location, though no mint marks are featured on bullion coins from the US Mint.

If you have any questions, please contact JM Bullion at 800-276-6508. You can also connect with us online through our live chat and email features.