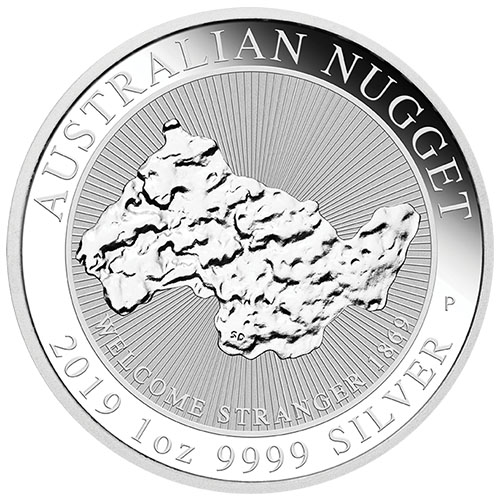 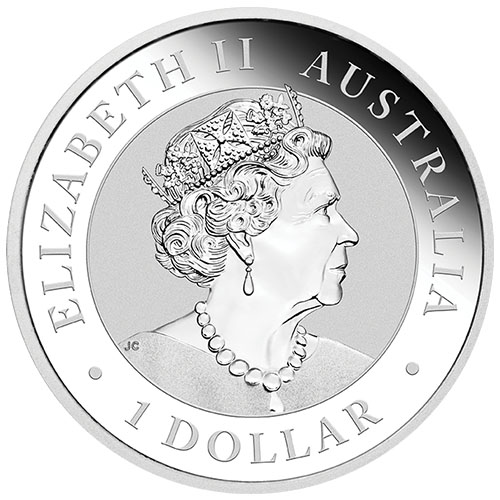 The Australian continent is home to the largest gold reserves in the world, with some estimates putting the total figure around 17% of the estimated gold reserves on the planet. Much of this is located in Western Australia, home to the Perth Mint. There’s a new silver coin for sale from the Perth Mint that celebrates the history of gold in the region with a design reflecting the largest gold nugget ever found in the area. The 2019 1 oz Australian Silver Nugget Coin is currently available to you for purchase online from JM Bullion.

On February 5, 1869, John Deason and Richard Oates made a massive find in a field near Moliagul, Victoria, Australia. Deason discovered a gold nugget around the roots of a tree and later recovered it with his partner, Oates. The gold nugget is known as the Welcome Stranger and was the largest-known gold nugget in the world. When it was weighed for value on a bank scale in 1869, it was worth 10,000 pounds. That’s the equivalent of roughly $3 to $4 million today.

To celebrate the 150th anniversary of this impressive find, the Perth Mint of Western Australia issues a beautiful silver coin with an exact likeness of the nugget’s shape. The Welcome Stranger Gold Nugget weighed in at 66kg and had to be broken over an anvil before it could be weighed on the bank scales after the find because it was too large to fit otherwise.

The obverse of 2019 Australian Silver Nugget Coins features the right-profile portrait of Queen Elizabeth II. The sixth design of Her Majesty to feature on Australian coinage, this portrait is based on Jody Clark’s fifth-generation effigy for the Royal Mint of England and is the first design on an Australian coin since the 1960s to include the Queen’s neckline and shoulders.

These 2019 1 oz Australian Silver Nugget Coins are available to you with an individual protective plastic capsule and come in Brilliant Uncirculated condition. All coins feature the “P” mint mark of the Perth Mint on the reverse.

We encourage JM Bullion customers to call us with questions at 800-276-6508. You can also reach out to us online using our live chat service and email address.