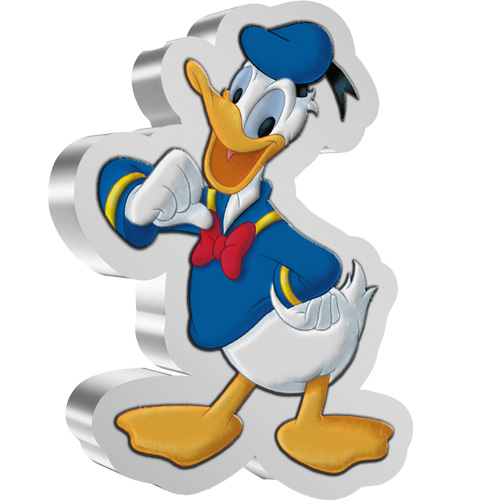 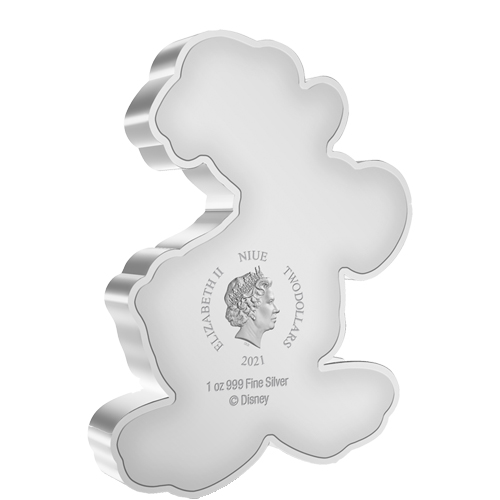 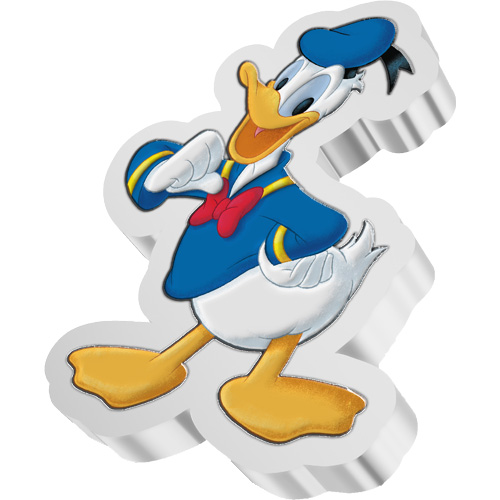 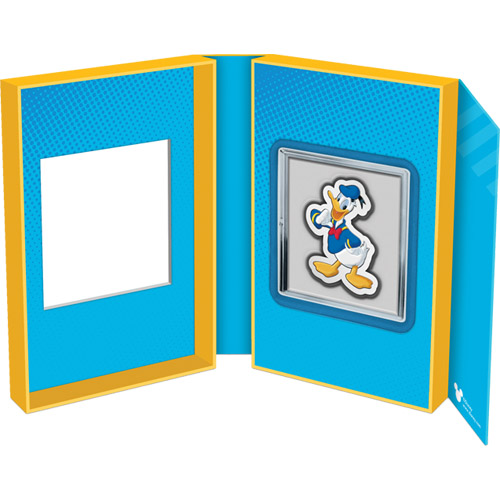 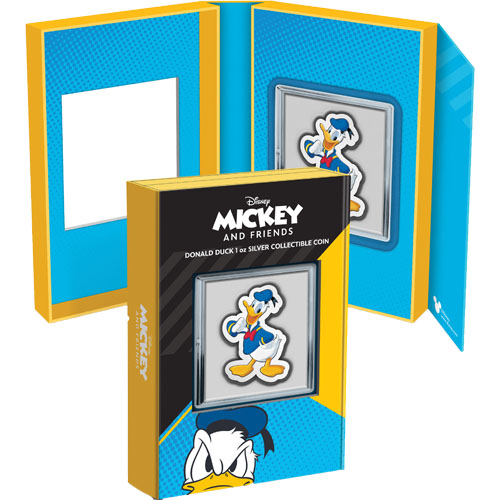 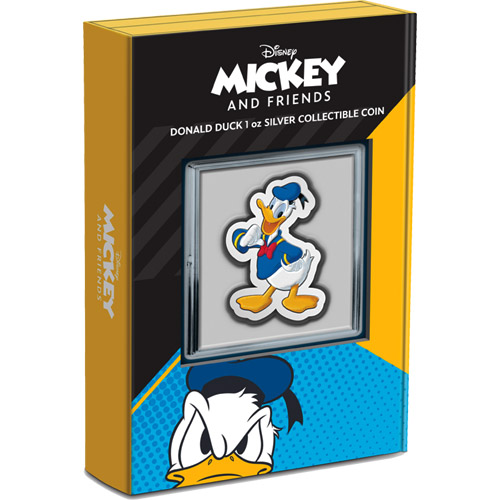 The New Zealand Mint is arguably the leading producer of character-themed gold and silver for sale. In recent years, the variety of silver bullion produced by the New Zealand Mint has only continued to grow in terms of both variety and creativity. Now, 2021 1 oz Niue Silver Disney Donald Duck Shaped Coins are available to you for purchase online at JM Bullion.

Donald Duck is one of the oldest characters from The Walt Disney Company and is considered a part of the Sensational Six. Together with Mickey Mouse, Minnie Mouse, Daisy Duck, Goofy, and Pluto, Donald has been part of the backbone of Disney animation for nearly a century now.

Donald made his debut first in print with the release of The Adventures of Mickey Mouse in 1931. He later made his animated debut in the release of The Wise Little Hen. Donald Duck is known to be the grumpy, temperamental member of the group. Though he can be pompous and even mischievous, Donald’s semi-intelligible speech and propensity for unintelligible rants make him lovable.

Queen Elizabeth II is on the obverse side of 2021 1 oz Niue Silver Disney Donald Duck Shaped Coins. Her Majesty is shown at the center of the design field in the right-profile portrait from Ian Rank-Broadley. This design was created in 1998 for the Royal Mint and shows the Queen wearing the Girls of Great Britain and Ireland Tiara.

Donald Duck is depicted in the reverse design of 2021 Niue Silver Disney Donald Duck Shaped Coins. This image captures Donald as audiences are now familiar with seeing him. The white duck with his yellow bill is shown wearing his traditional, blue sailor’s outfit.

These 2021 1 oz Niue Silver Disney Donald Duck Shaped Coins are available to you for purchase inside custom-shaped cases made just for the shape of the Donald Duck coin. The coin and case arrive in a themed shipper with a viewing window on the front. The Certificate of Authenticity is printed on the box and a hologram sicker on the box identifies the coin’s individual serial number in the release.

JM Bullion customer service is available at 800-276-6508. Alternatively, you can chat with us live online or email us directly.