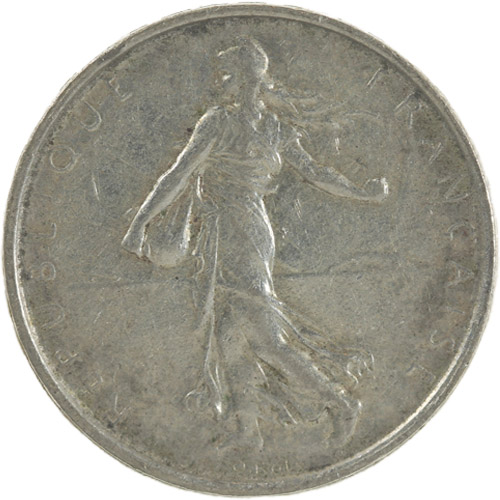 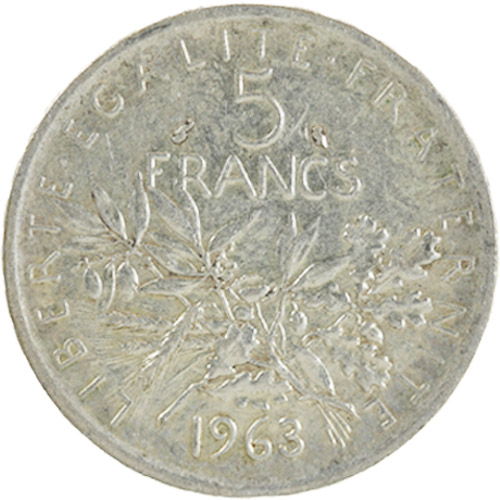 Silver francs have an impressive history that dates back as far as 781 when the first silver coins known as francs were produced. From 1360 to 1641, the French franc was the name given to coins with a denomination of 1 livre tournois. The franc of the modern era was first issued in 1795 and the last silver coin of this type was issued in the 1960s. Now, 5 Francs France Silver Coins from this era are available to you for purchase online from JM Bullion.

The French franc as it was known in the early 21st century, before the introduction of the Euro, was introduced in 1795. The coins suffered from turbulent times in France in the 19th and 20th centuries as the nation struggled with transitions from Republic to Empire and back again. The Latin Monetary Unions formation helped stabilize the currency, but the World Wars in the first half of the 20th century again interrupted its production.

With the formation of the Fifth Republic following World War II, France would issue silver francs one final time. In 1959, proofs were struck for the new 5 Franc silver coin. This was followed by production for circulation from 1960 to 1969.

Obverse visuals on 5 Francs France Silver Coins include the image known as Le Semeuse. Known in English as The Sower, this female allegorical figure is depicted in left-profile relief with a bag of seeds in her left hand as her right hand sows those seeds about the ground while she walks. The nation of issue is featured on this side in French language.

Reverse imagery on the 5 Francs Silver Coin features three sprigs. These sprigs represent wheat, acorns, and olives. The motto of the French Republic is found on this face of the coin, along with the date mark and the face value of the coin.

These 5 Francs France Silver Coins are available to you with protective plastic flips. The possible dates on these coins range from 1960 to 1969. These coins have .835 silver purity. Please note that we cannot guarantee a particular date mark in advance. If you purchase more than one, you may get coins that have matching dates.

JM Bullion customer service is available to assist you at 800-276-6508. Our team is also available online through our live chat and email address.