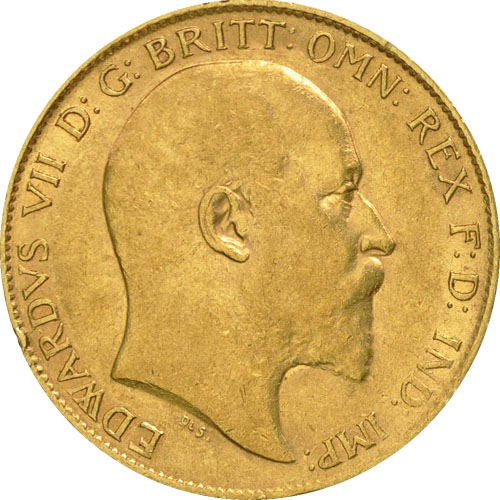 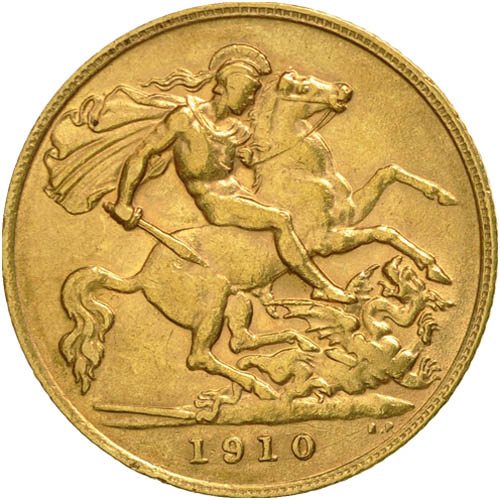 Great Britain’s gold sovereign coins originated in 1489 as a commemorative gold piece far too valuable to use in economic trade and commerce. By 1817, the coins had reemerged with a sustainable gold content and face value of 1 Pound Sterling. Today, the coins are largely issued as an investment-grade gold bullion product. Right now, Great Britain Gold Sovereign Coins from the reign of King Edward VII are available to purchase online from JM Bullion.

Edward VII ascended to the throne of England on 22 January 1901 upon the death of his mother, Queen Victoria I. The longest-reigning monarch in British history to that point, Queen Victoria I and Albert the Prince Consort had several children among whom Albert Edward was the eldest son.

Great Britain Gold Sovereign Coins were struck for King Edward VII between 1902 and 1910. He died at the age of 68 on 6 May 1910 at Buckingham Palace in London, bringing to an end his short reign as King of England. The short duration of his reign and the fact that it occurred more than 100 years ago make remaining specimens difficult to find in large numbers.

On the obverse of the Great Britain Gold Sovereign Coin from Edward VII’s reign is a right-profile portrait of an aging Edward VII. He has a balding head with a thick beard and wears no crown in this depiction. Engravings on this face dictate his name and status as the King of England.

The reverse of the Gold Sovereign Coins from Edward VII’s reign features the image of St. George riding horseback as he battles the dragon. St. George has been a staple of the modern gold sovereign since its reintroduction in 1817, with only a few years during the reign of Victoria I straying from this design. It was created in 1817 by Benedetto Pistrucci.